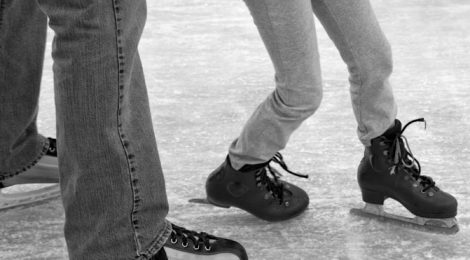 Spinning Out is a new 10-part Netflix original series revolving around the family life and professional aspirations of figure skater Kat Baker (played by Kaya Scodelario).

After surviving a terrible fall during a competition, Olympic-aspirant Kat develops post-traumatic stress disorder and quits the one thing she enjoys the most — figure skating. A year later, with encouragement from a new coach, Kat agrees to attempt pair skating and gets a second chance at fulfilling her dreams.

The series not only touches upon trauma, but also depicts what it is like to live with bipolar disorder, a condition that both Kat and her mother suffer from. It shows the fear of stigma that individuals with mental illness experience as they try to navigate their disorder in secret. It also shows the emotional consequences of living with a parent with bipolar disorder through the storyline of Kat’s sister, who struggles to have a normal adolescence.

While the name of the show is a literal reference to ice skating “spins”, it also symbolizes the loss of control experienced by bipolar individuals when they are going through a manic episode.