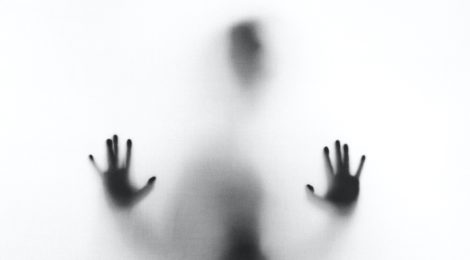 The North American legal system has been stagnant for many years and it may be time to ask ourselves what can we do differently to support both perpetrators and victims of crime.

The punitive justice system operates in a way that crime is punished while victims are compensated. The severity of the punishment is usually proportional to the severity of the crime. Rita Levin, a criminal defense lawyer of 20 years, explained in an interview with the Trauma and Mental Health Report why this system is ineffective at reducing crime:

“Jail is a tool to segregate perpetrators from society, and it should be used as a last resort only. I do not believe that any punishment works. It only suppresses immediate behaviour. In order to prevent crime, we need to look at the cause of the behaviour and treat the cause. All alleged or convicted perpetrators can be divided into four categories: those who are mentally ill, those who suffer from addiction, those with poor life skills who make bad choices, and those who are wrongly accused. If you address those four categories, you will reduce crime significantly”

As well, prison environments can even fuel crime, as they are not a safe or healthy place for prisoners to find rehabilitation and recovery. Although punitive justice is supposed to compensate the victim, this is not always the case. Victims often struggle for many years after the incident had occurred. Approximately one quarter of victims suffer from lifelong PTSD, with the percentage increasing to 45-60% for more severe crimes, such as rape. According to Levin:

“Every victim is impacted by the crime. The degree of the impact depends on the crime. Some victims never recover. They become angry, unhappy, bitter and develop lifelong mistrust. Sometimes, they suffer from PTSD, they develop mental illnesses, like chronic depression, or debilitating phobias. Often, they need lifelong support and treatment. Their quality of life is severely damaged, and it is a long, painful process to make it better, if at all possible.”

Additionally, victims have little involvement in the retribution process. Typically, their voice is only heard in court during parole hearings at which victims express whether or not they would recommend the perpetrator to receive parole. This lack of involvement leaves victims scared and left with little social and emotional support.

There are three main principles of restorative justice. ‘Repair’ involves repairing harm caused by crime; ‘Encounter’ involves both parties deciding how to repair harm together; and ‘Transformation’ results in changes in people and the community. The goal is for offenders to take responsibility for their actions, see the harm they have caused and work towards becoming a better citizen in their community. Additionally, victims are given the opportunity to meet with their perpetrators to begin the therapeutic process of working towards healing and forgiveness. Levin described how restorative justice supports victims:

“Victims increasingly play larger role in the legal process. To begin, they are offered victim witness services who offer one-on-one emotional support and offer guide dogs that are often utilized when the victim is testifying. The prosecutors are always asking for a victim’s input as to the punishment offered to the accused. Further, if the accused is found guilty, it is mandatory for the prosecutor to seek a witness impact statement for the sentencing hearing. In recent years, legislature gave victims of sexual assault a codified right to hire a lawyer for 3rd party records applications. This alone, in many instances, puts the rights of victims of sexual assault as equal, or even paramount to, the rights of the accused.” In general, restorative justice is more effective than punitive justice as it has increased victim-offender satisfaction and increased offender compliance. Although research is still in its early stages, one program found that in the first year, the recidivism rate for restorative justice offenders was 15% compared to 38% for probationers. This gap widened to 35% and 66% by the third year. According to Levin:

“These programs help perpetrators gain an insight into the impact that their crimes had on the victims. Moreover, it allows them to reflect on a situation where the same offence could be committed against someone they love dearly. It puts things in a different perspective for the person who committed the crime and allows them to become more sensitive to people around them.”

But despite benefits, it is not a perfect system. Levin cautions:

“Some victims are motivated by emotions such as pain, anger, and often vengeance. They are simply not equipped with the knowledge or other important factors that play a role in determining the proper punishment for the accused. Additionally, it can reverse years of therapy as it is very hard to anticipate how you react when you meet the perpetrator of a crime that impacted you.”