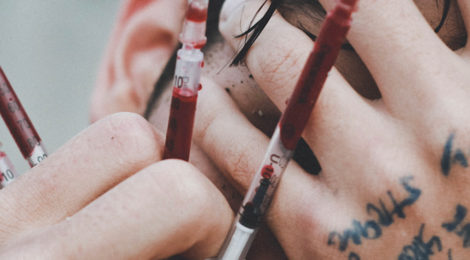 The song “Breaking the Habit” by Linkin Park was originally written by Mike Shinoda. The song vividly explains the painful feelings and internal monologues of someone struggling with addiction and self-harm. The person haunted by the unresolved traumas of the past, finds his temporary escapes in his addiction while shamefully keeping it a secret from others. Eventually tormented by his pain, he decides on breaking the habit by ending his life. The song highlights how the internal struggles of an addicted person, further compounded by isolation, shame, and self-worth issues can tragically end in suicide.

In an interview with Music News NME, Shinoda talks about not being able to perform “Breaking the habit” after Bennington’s (lead singer of Linkin Park) tragic death by suicide. His words reflect how the song almost narrates the late lead singer’s substance abuse and suicide. “We didn’t play ‘Breaking the Habit’ at the tribute show because topically, that’s just way too hard.”

← Facing Problems Head On
What is Schizophrenia? →