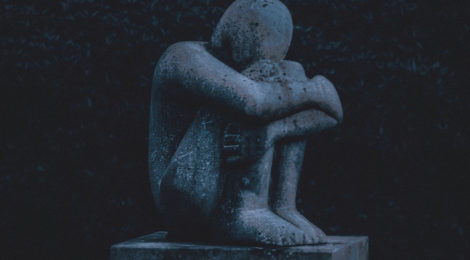 Having It Out With Melancholy

Jane Kenyon (May 23, 1947-April 22, 1995) was an American poet and translator. She is known for her works that are characterized by simple, spare and emotionally resonating tones which are unique. Kenyon wrote often about her struggles with depression which she suffered through out her adult life. “Having it out with Melancholy” was a poem which describe this struggle and the brief moments of happiness she experienced while on MAOI, Nardil (anti-depressants). The poem chronicle the many moments she wrestles with depression like as if it had been with her since the beginning.

When I was born, you waited
behind a pile of linen in the nursery,
and when we were alone, you lay down
on top of me, pressing
the bile of desolation into every pore.

And from that day on
everything under the sun and moon
made me sad — even the yellow
wooden beads that slid and spun
along a spindle on my crib.

It also emphasized the brief moments of reprieve from depression that she attributed to the medications she was taking.  Jane’s poetry about anti-depressants were a rare glimpse into the experience of those who use them, even more rare that it could be verbalized in such beautiful prose.

High on Nardil and June light
I wake at four,
waiting greedily for the first
note of the wood thrush. Easeful air
presses through the screen
with the wild, complex song
of the bird, and I am overcome
by ordinary contentment.

What hurt me so terribly
all my life until this moment?
How I love the small, swiftly
beating heart of the bird
singing in the great maples;
its bright, unequivocal eye.

Jane’s stunning poem “Having It Out With Melancholy” was read by Amanda Palmer to illustrate her gripping account with depression.

← The Dwindling Frontline: What COVID-19 Has Done to America’s Drug Epidemic
A Girl Called Depression →