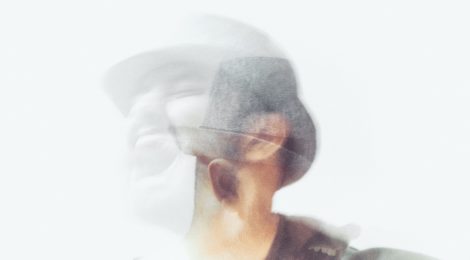 Post-traumatic stress disorder (PTSD) is triggered by experiencing or witnessing a terrifying event. People experience persistent flashbacks and recurring thoughts of the traumatic event; to avoid these occurrences, they often stay away from triggers or situations where they are reminded of the trauma.

Those with PTSD often suffer from other mental health conditions. In fact, 1 in 4 people who have PTSD also have obsessive-compulsive disorder (OCD). Individuals with OCD experience reoccurring and persistent thoughts, impulses and behaviours that are intrusive and feel inappropriate. They will often carry out obsessive repetitive behaviours or engage in mental rituals as a way of reducing anxiety.

Studies have suggested that some people are more prone to developing obsessive behaviours after being exposed to trauma, as their brain misinterprets the event and produces intrusive thoughts that lead to repetitive behaviours as a way to cope.

Christine (name changed to protect anonymity), a woman diagnosed with PTSD and OCD, endured a traumatic sexual assault. She shared her story in an interview with the Trauma and Mental Health Report (TMHR):

“I compulsively washed my hands and took showers multiple times a day. I felt dirty and the ritual gave me a feeling of washing away whatever happened to me. Sometimes I washed so often my skin became dry, red and cracked. I couldn’t stop doing it; it was as if I could still sense his odor on me. I kept having repeated thoughts of being dirty. It got so bad that I would wash my clothes and obsessively clean my room multiple times a day as if everything around me was dirty and easily infected. My rituals of cleaning would often take 4 to 5 hours a day.” Studies have shown that traumatic childhood experiences can also trigger obsessive thoughts and compulsions, resulting in OCD. Denise (name changed) discussed how her childhood trauma affects her behaviours as an adult with the TMHR:

“I have a strong compulsion to find an escape route out of my house, even when nothing is actually happening. When I was young, my alcoholic father could lose his temper and wreck whatever he could get his hands on. I didn’t feel safe and escaped a few times. As an adult, I can’t be in my house and feel at ease. My mind often fixates on strange sounds and is suspicious of danger, even though rationally I know I am safe. I’m always checking to see if the doors are locked, often multiple times before I go to sleep. I compulsively organize and list everything. I also clean and wash obsessively. It is a way for me to feel calm and in control.”

Kathy (name changed), a retired grandmother experienced repeated trauma during the Killing Fields Cambodian Genocide where she witnessed her family being buried alive and was subsequently subject to hard labour and starvation in internment camps. In an interview with the TMHR, she shares her compulsive urges to control her environment:

“I collect and keep everything I can get my hands on. I feel a strong compulsion to keep things, out of fear of not having anything to use or eat. I know I am now in Canada and won’t starve or run out of things, but I can’t help myself. My children complain that I have a house full of stuff I don’t need: everything from disposable plastic containers to cardboard boxes. But I feel calmer and safer when I have many things around.” OCD behaviours can often get in the way of social functioning. Kathy explained:

“I clean and reorganize my house obsessively each day, never satisfied with how things are placed. It occupies many hours of my day. It’s a way for me to feel calm and safe. Everything has its proper place and I would get explosive anger when anyone misplaces my stuff. I don’t have many friends because I don’t invite them to my place. Now even my adult children don’t want to visit often. I sometimes feel lonely because of this.”

Currently, there are no guidelines for treating comorbid PTSD and OCD. Often people with both diagnoses are treated less effectively since both conditions require specific treatment. More funding and research is required to ensure those affected receive proper care.

← I Feel Your Pain
How to Effectively Support Someone →