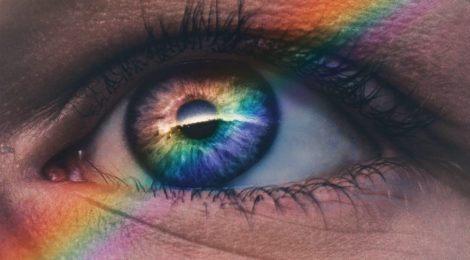 Identifying as Queer is Harder for Those with Autism

Individuals with Autism Spectrum Disorder (ASD) are often infantilized and misrepresented, including the common misconception that they are heterosexual and cisgender. Yet, with the recent rise in the prevalence of ASD, there has been a recent shift toward acknowledging those with autism as sexual beings who can belong to any gender identity.

In fact, a study found that those with ASD are far more likely to identify as non-heterosexual, bisexual and asexual as compared to the general population. Research also suggests that the prevalence of gender-dysphoria is substantially higher in those with an ASD diagnosis.

Mark Stokes, an Associate Professor of Psychology at Deakin University, who researches gender identity and sexual orientation in those with autism, spoke with the Trauma and Mental Health Report (TMHR) about possible reasons as to why these misconceptions exist:

“Largely, people build conceptions based on experience. Films like Rainman act to reinforce older stereotypes of differently-abled people. But essentially, these misconceptions come from a time when fewer people with autism were diagnosed, and they tended to be those with more obvious presentations, often with some apparent cognitive difference, and who society could not support appropriately at that time. So, state health systems institutionalized these individuals, and then sexuality becomes a very difficult matter. So, it was suppressed as much as possible, though not all that successfully. This then misinforms people, who misinform their children, and so on, until a prejudice is built.” Yenn Purkis (they/them) is an author who advocates for those in the autism and queer community. Purkis identifies as non-binary and has a dual-diagnosis of autism and schizoaffective disorder. In an interview with TMHR, Purkis shared their experiences facing misconceptions:

“I get misgendered a lot which is very frustrating. Sometimes people have a view that autistic people cannot know our own gender or that our gender identity is a ‘phase’ we are going through. Both these views come from a lack of understanding and are really unhelpful.”

Purkis explained how such stigma can impact individuals with autism:

“I think all ableism has a negative impact on mental health because it relates to invalidation. Invalidation means you are treated as if you don’t matter and that your needs and concerns are irrelevant. It can manifest as post-traumatic stress disorder or other kinds of anxiety. It is particularly dangerous for young people. I think a lack of understanding definitely plays a role. There are also other factors such as bullying, mistreatment by medical professionals, unemployment, and the related self-hatred and doubt which come with those. All these assumptions around gender and sexuality have a big effect on mental health as it takes away agency and disempowers people.”

John Strang, Director of the Gender and Autism Program at Children’s National Hospital in Washington, DC, spoke with the TMHR about this lack of understanding:

“As a society, we don’t do a very good job of listening to autistic people and what is important to them. There is so much focus on the clinical diagnosis of autism and on various interventions but not nearly enough focus on the lived experiences and identities of autistic people. Queer identities are often marginalized, and this is a particular problem for autistic queer people. We’ve learned that it is not uncommon for gender diverse autistic people to experience extra “gatekeeping” in terms of accessing gender diversity-related care”. Those belonging to minority groups experience increased rates of mental health symptoms including anxiety, depression and stress. For individuals who belong to multiple groups, such as having ASD and identifying as queer, mental health symptoms can increase, in part due to stigma and marginalization. Strang discussed the importance of social support in mitigating these negative outcomes:

“Acceptance, understanding, and affirmation by families and communities are key drivers of wellbeing for queer people. But there has been insufficient attention to acceptance and affirmation of autistic people in general. And autistic queer people may experience a double disparity, with struggles for acceptance and affirmation of each of their identities – their neurodiversity and their sexual and/or gender diversity. There is also little understanding in queer communities on how to welcome autistic people. We need to do a better job educating queer support and community programs about neurodiversity and autism.”

Ultimately, Purkis believes an important way to tackle stigma is by normalizing both sexuality and disabilities:

← Optimism, a Poem
E10: Adapting the Social Work Relationship in Response to COVID-19 →