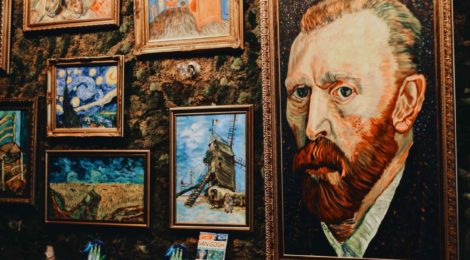 When one thinks of Vincent Van Gogh oftentimes his artwork is brought to mind – but what about the man behind the paintbrush? Plagued by mental health problems his entire life, and self-medicating with toxic Absinthe, Van Gogh led a troubled life. On December 23, 1888, Van Gogh cut off his ear, beginning the eventual downward spiral of his life up until his suicide in July 1890.

Believed to be the last painting prior to his death, Wheat Fields with Crows visually displays the loneliness and suffering Van Gogh was feeling. In a letter to his brother Theo, Vincent states that he had to do little to the painting to express the anguish of the fields; they wore their sorrow proudly.

“This new crisis, my dear brother, came upon me in the fields, and when I was in the middle of painting on a windy day.”