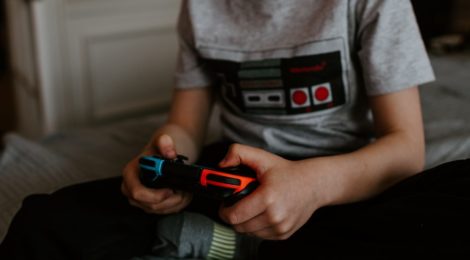 Helping Your Child When They Have A Video Game Addiction

As termed by the World Health Organization, video game addiction, or Gaming Disorder (GD), is defined as gaming that is difficult to control, prioritized over other activities, and escalating despite negatively impacting functioning. Parents of children with a video game addiction can often feel hopeless and at a loss to help their kids. As gaming has become a ubiquitous activity among youth, it’s important for parents to distinguish gaming as a normal leisure activity from problematic addictive behaviour.

Rune K. Nielsen, Professor of Game Psychology at the IT University of Copenhagen, explains the distinction: “I think we have parents who are concerned because they don’t understand video games and have heard that they’re like virtual cocaine. Therefore, they want to cut down consumption to zero. What might be the hardest thing to do is to try to put your preconceived notions that video games are inherently unhealthy aside. On the other hand, you have parents with kids who have problems and spend a lot of time gaming. Some concerns are extremely valid, and some are based on the same moral panic that once existed around hip hop music.” Outright taking away access to video games can lead to extreme emotional outbursts in children with serious gaming addiction. Unplugging the router and getting rid of gaming hardware can lead to a child feeling distressed and isolated, as it prevents them from socializing with their friends online. It also takes away a comforting, distracting leisure activity that can be the only thing the child looks forward to after school. This is supported by research that suggests that children with GD use gaming to escape from and avoid other more painful emotional problems in the family or at school.

Nielsen elaborates that with video game addiction, the game is rarely the main problem: “The gaming behaviour is a symptom of something else, or a coping strategy, which a person uses to manage whatever life circumstances they’re dealing with. I think most kids actually do want to have a balanced relationship with video games. Very few kids dream of a life spent just playing video games.”

In fact, excessive time spent playing video games could actually be a sign that there are other problems in the child’s life worth paying attention to. Nielsen explains: “Gaming is what’s easy to grab a hold of; it’s that tangible behaviour you can have huge fights about. But what might be going on might be figuring out how to be a family after a divorce, or how to be a family when either mom or dad is unemployed, or being bullied at school. I think we need to avoid the trap of seeing it as an individual medical problem and see it more holistically as a sign that something’s wrong.” Having a discussion with the child about the reasons behind their addictive urge to play could be one way to help. Since most children have personal life goals outside of playing video games, parents can find ways to support their children in achieving these goals, reducing the hours they spend gaming. Parents can also create rules around video games for their kids that are sensitive to the context of the child’s video game play. Nielsen explains:

“Try to come up with common rules for when it is appropriate to play video games. For example, after school, but then only until dinnertime and no gaming after that. What are the rules during the weekend and on the weekdays? What are the demands of the game? If a game takes 20 minutes, then we can have rules about not starting the game 20 minutes before sitting down as a family at dinner. Or if it’s a game like World of Warcraft, where it requires you to be present for three hours straight, then we need to see if we can somehow schedule that in, or if it is too much time to invest.”’

Video gaming is a common leisure activity for most children and adolescents. But it can become problematic for those who spend excessive time playing and are therefore unable to do much else. To provide support, parents should recognize that their child’s video game addiction is often a sign that they are trying to cope with other more stressful family or school issues. In addition, parents should support their children by identifying their personal goals outside of gaming and creating collaborative rules on reducing their time playing video games.

← Depersonalization
Not An Addict →