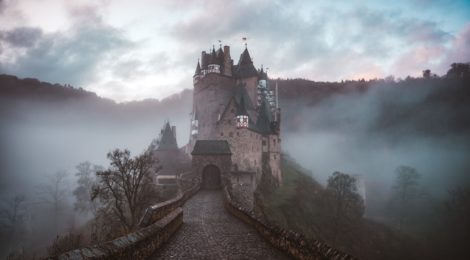 A Loss of Something Ever Felt

Although little was known during her life, Emily Dickinson (1830-1886) would later become one of the most treasured and innovative figures in American poetry. Over a century later, her emotional depth, haunting prose, and bold exploration of love, identity and death continue to captivate readers. Her works have been particularly captivating to those who are drawn to the exploration of the human psyche.

In her poem “A Loss of Something Ever Felt I” Dickinson writes of feeling herself to be ‘a mourner among the children’. This poem alluded to a deep sense of deprivation in childhood which inflicted her with feelings of melancholia and remoteness during what ought to have been a period of carefree innocence and joy.

Dickinson’s gentle prose contrasts vividly with the harrowing experience of despondency and estrangement that accompany early loss and trauma. Met with an encounter of grief that even the wisest could not withstand, such children are predisposed to a deleterious feeling that the pain they have endured has deprived them of the most cherished and fleeting period of innocence and carelessness of childhood. A period that we fondly look back on as adults.

Through her works, Emily reminds us that though time may attenuate the pain of trauma, we may find ourselves mystified by occasional and intruding longings for a return to our delinquent palaces.

A Mourner walked among the children
I notwithstanding went about
As one bemoaning a Dominion
Itself the only Prince cast out.—

Elder, Today, a session wiser
And fainter, too, as Wiseness is—
I find myself still softly searching
For my Delinquent Palaces—
And a Suspicion, like a Finger
Touches my Forehead now and then
That I am looking oppositely
For the site of the Kingdom of Heaven.—”

← Animal Therapy Provides Support for Traumatized Youth
The A Team →