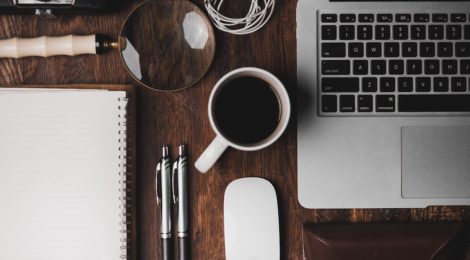 Is that Latte Really Making You More Productive?

Multiple large-scale studies have aimed to measure the impact of caffeine on productivity, attention, speed, and accuracy. A study from 2015 showed that caffeine is effective in offsetting impairments in cognitive functioning when participants experience a reduction in sleep quality. This suggests that caffeine intake can sustain workplace productivity. However, the same study showed that vigilance and speed of decision-making was reduced.

Other studies have shown the opposite effect, where caffeine improved the speed at which tasks were completed, but accuracy was lost in the process. Errors in accuracy were highest among participants who had poor sleep quality compared to those who had adequate sleep. This finding suggests that in combination with satisfactory sleep, caffeine can make you more productive at work. However, when used as a replacement for lack of sleep, it actually has the opposite effect. It is important to consider the risks of caffeine consumption to make an informed decision about our personal consumption. Zachary Alti is a health coach and relationship therapist in New York city and explains that caffeine does not actually provide an increase in energy, instead, it de-regulates one’s energy regulation system. Alti says, “Essentially, caffeine tells your body to free up energy it had ear-marked for other purposes, such as healing itself from the stresses of the day.” Although there may be benefits, like anything else, moderation is key.

Alti elaborates, explaining that although caffeine can increase short-term productivity, regular caffeine consumption can negatively impact long-term productivity; the body is effective at regulating energy, and caffeine disrupts that system. The result is wasted energy, where more energy is spent, whether it is required or not. Other projects may perhaps suffer from leveraging energy through caffeine use for the task at hand.

When asked to provide tips and tricks for reducing your caffeine intake Alti states: “If quitting outright sounds like more than you want to deal with right now, try reducing the volume of your consumption. Step down from energy drinks to coffee, coffee to black tea, black tea to green tea, and then to herbal teas or water-processed decaf coffee.” Sensory experience can also be a part of the emotional appeal of caffeine. Drinking a warm beverage or the smell of brewing coffee can be a source of pleasure or calm. Alti suggests substitutes such as deep breathing, rinsing your face with cold water, humming to release tension, or stepping outside for fresh air and natural sunlight, boosting serotonin, the body’s “feel-good” hormones.

With approximately 87% of North Americans consuming caffeine daily, at an average intake of 193 mg per day, caffeine has become an integral part of our culture, synonymous with staying productive. But for those who seek productivity support, Alti takes an assessment of sleep, nutrition, and exercise upfront. Sleep, nutrition, and exercise routines yield the highest potential for productivity improvement.

← So Blue All the Time
The Power of Addiction →