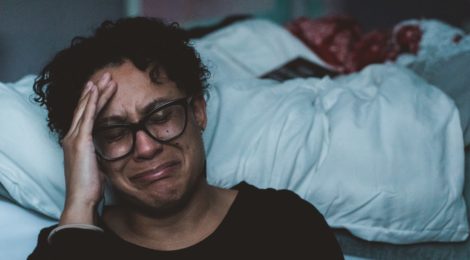 The band Twenty-One Pilots became well-known in the music industry after the release of their most successful song “Stressed Out”. The lead singer Tyler and drummer Joshua have also been very open with the public and their fans about the mental health struggles they face. Through many of their songs they speak about depression, anxiety, and how mental illness affects peoples lives.

The song “Migraine” is the third track on the album titled “Vessel” released in 2013, it focuses on Tyler’s depression and his battle with suicidal thoughts. The overall song is upbeat while the lyrics are the complete opposite. The migraine represents Tyler’s inner experience with depression explaining that Sundays are his worst days in which his thoughts are the loudest and most persistent; he feels that death is better than what’s happening in his head. By the end of the song, Tyler talks about the hope that he has for everyone going through a similar experience, he sings, “shadows will scream that I’m alone, but I know we’ve made it this far”. Tyler comments “it’s a cool feeling when people tell me that they also feel that. It makes me feel like I’m not alone in going through what we are going through”.

“I did not know it was such a violent island
Full of tidal waves, suicidal crazed lions
They’re trying to eat me, blood running down their chin
And I know that I can fight, or I can let the lion win
I begin to assemble what weapons I can find
‘Cause sometimes to stay alive, you gotta kill your mind”

Listen to the song here

← At the Bottom of the Anxiety Swamp
Red Dragon: More Than a Thriller →