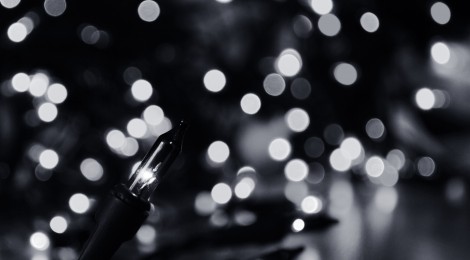 Home for the Holidays in a Residential Treatment Facility

As Easter approaches, the issue of family, belonging, and the meaning of holidays becomes so important to children who live apart from their parents.  As a part-time worker in a residential treatment facility, I learn about trauma, attachment, and loss from the children I work with every day.  Last December, the night before Chanukah, I found myself in the daily therapeutic group meeting, listening to the children discussing the topic of the day:  holidays and how they felt about being without their families.  It was then that I really felt the impact of their circumstances.  I had never realized just how distressing the holidays might be for children living in a residential treatment center.

The grief of personal loss becomes exceptionally hard around holidays.  There is a cultural expectation that holidays are to be celebrated with family.  Children in treatment residences have suffered significant loss, particularly separation from family.  Holidays revolve around emotional connections and bonds with those loved most.

Amanda was admitted into the residence because, despite her family’s best efforts, she needed more help than they could provide.  From the start, she did not want to be there.  Signs of her despair included a tendency to withdraw, to engage in individual activities, and to request very little help from staff.  Her self-reliance provided a sense of control.  But with that came a tendency to put down sentimentality; this was apparent when she would receive gifts from staff and other children.  On the first night of Chanukah, Amanda received a book that should have been a hit.  Instead she mumbled thanks and slid it between herself and the couch cushion.

Not all institutionalized children struggle as Amanda did, however.  Three years ago, Josh was admitted into the treatment residence, as it was necessary for reasons of safety.  Josh had come from a broken home, and like many children living in a chaotic environment, Josh became psychologically cut off from his family long before his move into the treatment residence.

It was rare to see Josh willing to engage with his mother in any meaningful way. When she would phone to speak with him, he would brush her off, often requesting staff to ignore her calls.  After feeling repeatedly disappointed by her and her pattern of missed visits followed by apologies, Josh became detached.  In the face of repeated parental inadequacies and failures, both his hopelessness and disappointment eventually dissipated.  Josh had backed away from the relationship with his mother, instead establishing a sense of comfort with those in his immediate environment:  the staff.  During holidays he would be the first one offering to help with the turkey and the last one to stay in the living room decorating.  It became apparent to me that for now, this was Josh’s home.

No matter why children are placed in facilities such as these, being removed from one’s family can be a traumatic experience.  When the holidays are added to the equation, the difficulties worsen with feelings of anxiety, hopelessness, and abandonment.  As residential staff, it is very important to acknowledge these feelings early on.  As staff we support the children by highlighting their strengths and by helping them cope.  For the time being, we are the faces they see every day, and we are the ones who can provide a sense of belonging.