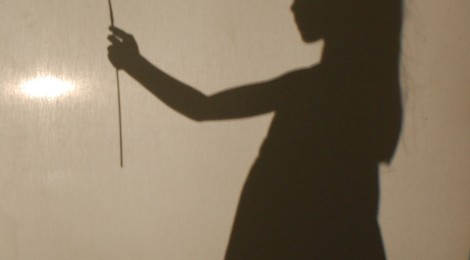 Parenting After the Loss of a Child

“The challenge that parents face is this:  In the midst of grief, how do you stop parenting the deceased child while you are simultaneously struggling to meet the parenting needs of the children who remain?”
– Stephen Fleming

The loss of a child changes the family landscape forever.  Particularly when the loss occurs suddenly, family functioning is sharply interrupted, and all are left reeling.  Facing a world that has been altered so dramatically, bereaved parents are challenged with starkly contrasting extremes of loss and life  –the heartbreaking loss of a child and the continual, daily needs of their surviving children.

The Trauma and Attachment Report had the opportunity to interview Mary, a bereaved mother whose eldest daughter, Sophia, died suddenly after complaining of a headache earlier that day at school.  Mary shared with us how the sudden loss of her eldest changed both her parenting style, as well as her relationship with Daniella, her younger daughter.

Mary:  I essentially became a helicopter parent.  I was so worried about everything that happened and I was  constantly overly concerned about Daniella; I needed to constantly make sure that she was okay.

According to psychologists Jennifer Buckle and Stephen Fleming, co-authors of:  Parenting After the Death of a Child: A Practitioner’s Guide, attempting to control all aspects of the surviving child’s life is a common characteristic seen in most bereaved parents.  There is often a kind of hyper-vigilance in trying to avoid potential threats so as to secure a safe future for the surviving children, for example, having the child and their friends socialize at home, instead of at the mall, attempting to minimize the unknown and the possibility of something going wrong with the remaining child.

In their attempts to control, many bereaved parents become fearful or overly protective of their children, in addition to becoming rather strict.  Such protectiveness can create conflict between parent and surviving child, and can affect the psychological well-being of the child.  Psychologists Renate Pantke and Pauline Slade of Sheffield University investigated the long term impact of over-protectiveness on surviving siblings, and found that it was associated with poor self-esteem and more problematic mental health.

Interestingly, Mary described that although her worry about Daniella’s safety and well-being increased dramatically, instead of becoming too strict, she became too lenient:

Mary:  I would let Daniella do everything that I wouldn’t allow Sophia to do… I used to be very strict with Sophia but after her death, I became extremely lenient with Daniella.  It came to a point where it was just about giving her as much as I possibly could in any way, shape or form.  I did a lot for her, but a lot more than she would do for herself.

Another common characteristic seen in families who have suffered the loss of a child is increased closeness between the surviving children and parents.  In Fleming’s research, a feeling of emerging family cohesion and increased sensitivity to one another was reported by parents, who may become more actively involved in their children’s lives.  Despite the potential for over-protectiveness described earlier, in spending time together, parents and children were able to maintain stronger, enduring bonds.

Mary: Sophia passed away in February, that summer I became a coach for Daniella’s soccer team.  Just to spend quality time with her, and to make sure she knew that she had me.  Daniella lost her older sister, there was a seven and a half year difference between the two of them and Sophia acted as a mini mom to her.  When I went back to school to finish my undergrad, Sophia watched over Daniella.  After Sophia’s death I felt the strong need to engage myself and make sure that I was constantly available for Daniella.  I needed to be emotionally and physically there for her.

A study by Atle Dyregrov at the University of Bergen, found that fifty-eight percent of mothers reported that the relationship with their surviving children had improved.  Although this is not always the case, parents who presumably spent more quality time with their children had formed a deeper connection.

In addition to changing parent behaviour, the death of a child can affect the surviving child’s behaviour as well.  After the death of a sibling, as time passes, children eventually begin looking to their parents for approval to move forward, to move on.  When does it become okay to smile, to laugh and to feel happy again as time goes by?  Parents can feel as though they are placed in a difficult paradox –continuing to deal with their own grief, yet feeling some pressure to put on a brave face for the surviving children, so that those children can move forward in their lives.

Mary:  It’s all about patience and time.  Time is so important, it’s very difficult, but it is important to maintain stability for the other child.  If you break down, if you can’t handle the loss, it’s harder for that other child.  Because they see you as their rock, you have to be able to move forward, even if it’s hard on you.  The reality is it’s ten times harder for that child.  You are their mentor; they look at you for signs to move forward in a positive direction.

Parents in studies of grief and bereavement tend to agree that you never “get over” the death of a child.  Time does not change the loss, nor the feelings associated with the loss, but it does help moderate the pain.  And most parents in the research also agree that the pain forces them to cherish each little milestone with their remaining children, taking nothing for granted.  In Buckle and Fleming’s view, the pain may no longer consume every waking moment of every day; “the spasms of pain become intermittent, but no less intense.”

“To live in hearts we leave behind, is not to die.”
-Thomas Campbell

← Dual Diagnosis: Mental Illness in the Developmentally Disabled
The Family behind the Firefighter →