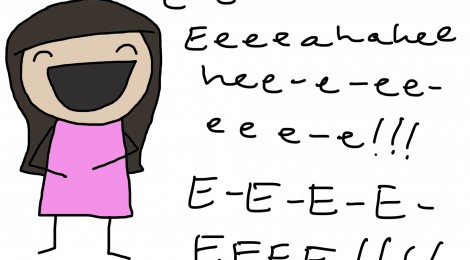 LOL: How Laughter Can Improve Your Health

Okay so that joke may have been a bit corny. However, for those of you who did find this amusing and were able to laugh, how do you feel now? Do you feel happier, less tense, more enthusiastic? According to psychologist Steve Wilson, self proclaimed “joyologist,” you should.

The many psychological and physiological benefits associated with humor and laughter inspired Wilson to start the World Laughter Tour.

“Every day there is more news about the power of humor and laughter to heal us physically, mentally, emotionally, and spiritually,” claims Wilson. “Every system of the body responds to laughter in some important, positive, healing way”

Since the launch of the World Laughter Tour in 1998, Wilson and his colleagues have designed training programs geared toward training Certified Laughter Leaders. The intent of these workshops is to provide a theoretical background on the science and philosophy of laughter, and to teach therapeutic techniques to be used in laughter therapy. The idea is that the CLLs will go on to establish Laughter Clubs in their local communities where they can practice these techniques and share the benefits of laughter with others.

Wilson was not the first to take interest in the science of laugher. Gelotology, the study of laughter, was established in the late 1960s in an effort to determine the possible physiological and psychological effects humor and laughter can have. One of the pioneers of Gelotology, William F. Fry, a Professor Emeritus at Stanford University, has done extensive research on the physiological benefits of laughter with very encouraging findings.

“Mirthful laughter has a scientifically demonstrable exercise impact on several body systems.” According to Fry, “muscles are activated, heart rate is increased, respiration is simplified with increase in oxygen exchange -all similar to the desirable effects of athletic exercise.”

Furthermore, Fry has noted the importance of humor and laughter as stress reducers demonstrating why laughter may be a useful therapeutic tool.

“Stress is antagonized by humor in both its mental or emotional aspect and its physical aspect. Emotional tension contributing to stress, is lowered through the cathartic effects of humor. Mirthful laughter is followed by a state of compensatory physical relaxation, diminishing physical tension.”

One question that has been examined is whether it is beneficial to laugh without reason. Of course, generally people laugh in response to humor or being tickled, but could just learning to laugh for no reason at all yield the same health benefits as from natural laughter?

Physician Madan Kataria in Mumbai, India also believes that we can derive great physical, mental and social benefits from laughing for no reason. This idea motivated him to develop Laughter Yoga, which combines yogic breathing techniques with unconditional laughter. Rather than using humor to induce laughter, these sessions begin by using exercises that simulate the physical activity of laughter. As the session progresses, through the use of eye-contact and what he refers to as “child-like playfulness,” this artificial laughter transforms into genuine laughter.

Research is being conducted to disentangle the beneficial effects of laughter and humor, but it seems likely that they operate together. So while humor can stimulate laughter, as Kataria attempts to do with Laughter Yoga, perhaps by just laughing we can arouse humorous feelings.

A few studies have examined the effects of laughter yoga and the results are encouraging, showing that practicing exercises that simulate laughter can increase self-efficacy in employees, reduce depression in the elderly, and promote cardiovascular health. This is important, for as Fry notes, the average kindergartener laughs 300 times a day while the average adult laughs only 17 times a day. Life gets serious as we get older and it’s easy to forget to laugh, but if we can take a moment and make ourselves laugh, we can contribute greatly to our mental and physical well-being.

May 6 is the International Day of Laughter but it is certainly not the only day to celebrate this mentally, physically and socially advantageous phenomenon. As Charlie Chaplin once said, “A day without laughter is a day wasted.”