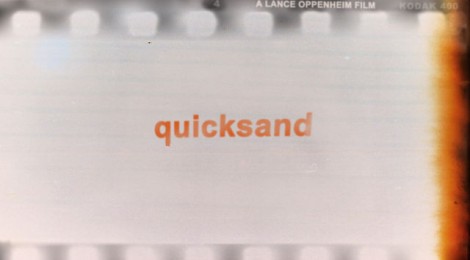 An elderly gentleman attempts to retrieve forgotten memories while battling the progression and regression of the cycles of life.
—
A week prior to his passing, my grandfather shared with me his former aspirations of becoming a filmmaker. After numerous hardships, a narrow escape from the Nazis and an immigration to the US, the dream slowly, but surely, faded away. After his passing, I uncovered an archival trove of dust-covered 8mm film that had seemingly not been viewed by anyone for at least a generation. Mesmerized, what unfolded before me was something most people, myself included, have never witnessed before: the development and utter decline of the human body and mind. Motivated by my grandfather’s unfulfilled dreams of filmmaking, I decided to piece together a film that he had already unwittingly made.

quicksand is not only a personal tribute to my grandfather or father, but to anyone that has ever experienced loss. Whether it be a loss of a loved one, or a loss of memories, quicksand embodies the enigma of life and death.
—
Nationally Televised: Slated to be distributed via PBS nationwide
Official Selection: Las Vegas Film Festival
Official Selection: Lovvet Film Festival
Honorable Mention: Los Angeles Movie Awards
—
imdb.com/title/tt2807940/
—
Director/Cinematographer/Editor: Lance Oppenheim
Producer: The Opp-Guide
Featuring: Roy Oppenheim & Walter Oppenheim
Music: Jóhann Jóhannsson, Sigur Rós & Maxence Cyrin
Post-Production Design: J.D. Aronson & Melissa Oppenheim
Special Thanks: The Oppenheim & Pilelsky Families, and GenerationOn
Released: 2/27/13
Shot on the Canon T3i