Do you want weekly updates about our content? Subscribe here:
Browse: Home   /   2014   /   November   /   Patients with Misophonia Require Help and Understanding 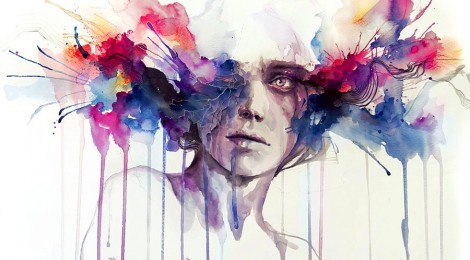 Some people find the sound of nails on a chalkboard or the rumbling of a snoring spouse irritating, but what if the sound of someone breathing sent you into a fit of rage?  This is a reality for many sufferers of misophonia.

Only recently garnering attention from researchers, misophonia is a condition where individuals have a decreased tolerance for certain sounds.  Chewing, coughing, scratching, or pen clicking can provoke an immediate aggressive response.  Verbal tantrums are common and in severe cases, sufferers may even physically attack the object or person causing the noise.

“I turn my eyes to face the source of the noise and feel myself glaring at that person in rage,” misophonia sufferer Shannon Morell explains to The Daily Record.  “The only thing I can think about is removing myself from the situation as quickly as possible.”

Many sufferers begin to structure their lives around their struggle with the disorder and avoid triggers by socially isolating themselves.  Public spaces like restaurants or parks are readily avoided and in extreme cases, eating or sleeping in the same room as a loved one can feel impossible.  Even establishing or maintaining relationships is very challenging. Misophonia can interfere with academic and work performance.  In a study by PhD candidate Miren Edelstein at the University of California in San Diego, patients reported trouble concentrating in class or at work due to distraction from trigger noises.  In some cases, students may resort to isolating themselves, taking their courses online.

David Holmes tells The Daily Record that he finds refuge in using headphones (whenever possible) to block out external noises while at work.

The cause of misophonia is currently believed to be neurological, where the patient’s limbic (emotional) and autonomic nervous systems are more closely connected with the auditory system.  This may be why hearing a disliked sound elicits an emotional response.  Aage Moller, a neuroscientist at the University of Texas, describes it as a complication in how the brain processes auditory stimuli.

Research shows that misophonia usually develops at puberty and tends to worsen into adulthood.

But misophonia is still greatly misunderstood.  There is a lack of research examining its causes or possible treatments.  There is no cure, and the disorder remains unclassified in the most recent edition of American psychiatry’s Diagnostic and Statistical Manual of Mental Disorders (DSM-V).  Some critics even wonder if misophonia should be considered a disorder at all, arguing instead that it’s just a personality quirk.

While it seems there is little help available for people with the disorder, Misophonia UK, an organization dedicated to providing information and support to misophonia sufferers, outlines a number of interventions. Tinnitus Retraining Therapy (TRT) involves teaching patients how to slowly build sound tolerance, while Cognitive Behavioural Therapy (CBT) focuses on changing negative attitudes that can contribute to the severity of the disorder.  In some cases, hypnosis can be used to relax individuals.  Breathing techniques are also taught so patients can learn to sooth themselves when hearing their trigger noises.

Keeping a diary to record feelings and providing education to loved ones are also strategies recommended by Misophonia UK.  Support groups and online forums like UK Misophonia, Selective Sound Sensitivity, and Misophonia Support also provide a way for sufferers to share their experiences and interact with others.

Researchers in the Department of Psychiatry at the University of Amsterdam say that DSM classification may be necessary to pave the way for more recognition and research on the disorder, and that if misophonia is not regarded as a distinct psychiatric condition, it should at least be viewed as part of Obsessive Compulsive Spectrum Disorder (OCSD).

The prevalence of misophonia is currently not documented, and it seems few seek help.  Suffers of misophonia can only do so much on their own before the disorder starts intruding on their lives.

← Autistic Wonder
Behind the Wall →