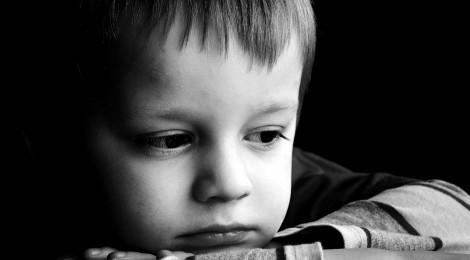 Overpraising May Reduce Self-Esteem in Children

Spend five minutes at a park, and soon you’ll hear enthusiastic parents reinforcing their kids with, “you did so amazing” and other statements as a means of encouragement.  To the nurturing parent or guardian, praising a child for performance seems like a no-brainer.

But recent research suggests that overpraising may not be such a confidence booster for some children, particularly those with low self-esteem.

In a later task, children were asked to copy a picture of their own choice.  For example, they could choose to copy a simple picture, where the child would likely make few errors, or a difficult picture with more detail. The results showed that children with low esteem were more likely to choose easier drawing tasks after receiving inflated statements of admiration.  In an interview with Research and Innovation Communications at Ohio State University, Brummelman said, “if you tell a child with low self-esteem that they did incredibly well, they may think they always need to do incredibly well.  They may worry about meeting those high standards and decide not to take on any new challenges.”

Children with low self-esteem may interpret high praise as expectation, making them afraid of failure and disappointment, and consequently, afraid to take on novel tasks.

Elizabeth Gunderson and colleagues at the University of Chicago found that parents whose praised with a focus on the child’s personal characteristics (e.g. “you’re so smart”) implied to the child that their ability was fixed and unchangeable, resulting in a lack of motivation to tackle challenging tasks.  But when parents highlighted their child’s efforts (e.g. “you worked hard”), children often used positive approaches for problem solving, and believed that their abilities could be improved with effort.

Researchers often refer to this constructive encouragement as process praise.

Psychology professor, Lisa Marie Tully, from the University of California states that process praise might be especially beneficial for children who are generally more motivated and persistent.  Those children are more likely to ask for help when faced with experiences of failure after attempting challenging tasks. Interestingly, Gunderson also found that the amount of praise that the child received from the parent had no apparent effect on motivation or self-esteem.

Consistent with these findings, Michigan State University Extension (MSUE) suggests ways to give constructive encouragement to children, to promote self-confidence and competence.

MSUE advises that supporting the child’s effort, whether or not they are successful in accomplishing a task, is important.  So instead of using personal and exaggerated praise in an attempt to boost esteem, let the child know that you recognize their determination.

Letting the child know exactly what they are doing well and noticing the detail of their work is critical.  Trading ambiguous praise for detail-oriented questions lets the child know that their work is interest-worthy.  When children are explicitly told what they are doing right (e.g. “good job at cleaning up the blocks”), it’s more effective in changing future behaviours and promoting improved effort.

← Waiting to Unfold
All These Lives →