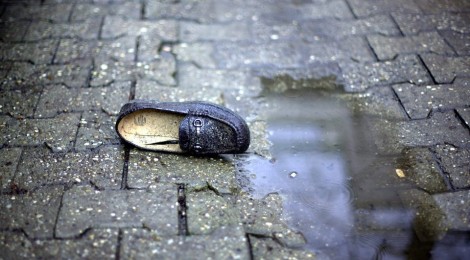 The defendant entered the courtroom, giving a thumbs-up to the judges and clapping mockingly at the spectators watching from a glass-walled gallery. His name: Ratko Mladić, a 70-year-old former Bosnian Serb army general whose troops committed the single largest war crime in Europe since the second world war.

In July 1995, a 15-square-kilometre area around the city of Srebrenica had been designated to offer shelter to Muslims fleeing Serbian armed forces. 400 Blue Berets were deployed by the United Nations to safeguard the area and over 10,000 people from all over Bosnia flocked to it for safety.

When Mladić’s troops arrived, they overcame the UN forces and most of the men and boys were slaughtered, while women were forced to flee. Over the course of four days, eight thousand people died.

After 16 years of hiding from UN accusations, Mladić was arrested in 2011 and has been on trial for his involvement in the massacre since June of the same year. He is accused of persecution on political, racial and religious grounds, extermination, murder, deportation, inhumane acts, terror, unlawful attacks on civilians, and taking peacekeepers as hostages. Prosecutors have been building a case against Mladić, claiming that he led a coalition to ethnically cleanse parts of Bosnia of non-Serbs. His intentions, they say, were guided by the Serbian nationalist ideology of the Great Serbia, which aspired to claim territories of modern-day Croatia, Bosnia, Montenegro and Macedonia. However, his defence counsel describes Mladić as a patriot who merely fought to defend his people.

Although Mladić denies the allegations, many survivors consider him directly responsible for their trauma. Nineteen years have passed since the end of the war, but the sorrow still hangs heavy over Srebrenica. Over four hundred witnesses flew in from all over Bosnia to testify against him before the tribunal.

In witness testimony during the trial, one survivor said: “My neighbours have gone to live in some other world, my schoolmates lie buried beneath the old playfields. My husband, once warm and loving, now lies bloodless and breathless. My life is an illusion; I died long before I will be buried.”

To this day, mass graves continue to be discovered across Bosnia. So far, nearly 5,000 victims of the bloodshed have been laid to rest, yet similar numbers remain undiscovered. A list with the names of missing people has since been compiled and published in the hope of gathering information from the public that could bring closure to family members.

Despite these efforts, many victims and their families have not yet found peace.

Elvedin Pašić, a witness at the UN trial, testified about being separated from his father when they were captured by Serbian soldiers. Women and children were forced onto buses to be dispatched from what is now Serbian territory, while men, including Pašić’s father, were required to stay behind. Most of them were never seen again. During Pašić’s testimony, Mladić did not react and later denied feeling any guilt for his participation. His defence team claims that he suffers from a memory disorder that makes it impossible for him to differentiate between truth and fiction.

If the allegations against Mladić are proven in court, he will face a life sentence in prison. Many of those affected by the Srebrenica massacre see his captivity as justice that would end their suffering.

Witnesses have called for a restoration of the region back to its pre-war state. The area of south-eastern Europe used to be a mosaic of overlapping minorities, in which residents rarely had a sense of their neighbours’ nationality. Inter-marriage was common, children were bi-religious, and conflict was far from people’s minds.

Although it will likely take more than the imprisonment of war criminals to heal the trauma endured, Srebrenica survivors have united under the collective vision of rebuilding for the future. By seeking redress in the Mladić trial, the survivors of the region have generated empathy and support from those around them.

They continue to challenge the official history of events and in doing so have become prosecutors and judges in their own right, seeking justice for these crimes.