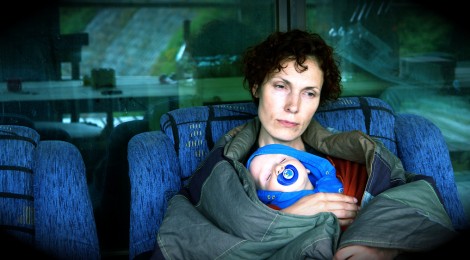 – Steven, child of a bipolar mother.

In 2004, the World Health Organization named Bipolar Disorder (BD) the seventh-leading cause of ‘disease burden’ for women between 15 and 44, a measure that combines years of life lost to early death and years lost to living in subpar health. Public Health Agency of Canada reports that BD occurs in one percent of Canadians, and their reported mortality rates are two to three times greater than the general population.

The disorder is marked by alternating periods of manic euphoria and intense depression. In a manic state, people experience elevated moods, racing thoughts, and sleeplessness, in addition to overspending and engaging in risky sex. The depressive phases make for overwhelming feelings of sadness, withdrawal, and thoughts of death and suicide.

Research has related BD to aggressive behaviour, substance abuse, hypersexuality, and suicide. But more recently, studies have been showing the kinds of challenges faced by children of those diagnosed with the disorder.

And these children are also more vulnerable to psychosocial problems. A study by Mark Ellenbogen at Concordia University finds them at greater risk for problems with emotional regulation and behavioral control. Ellenbogen and colleagues have explained how stressful home environments can alter biology to influence mood disorders in adolescents and adults.

In an interview with the Trauma and Mental Health Report, Ellenbogen stated that OBD individuals (that is, offspring of parents with bipolar disorder) show higher levels of daytime cortisol, a hormone that is released during times of stress. OBD are psychologically more sensitive to stresses in their natural environments.

“We have found that high cortisol levels in offspring may represent a biomarker of risk for affective disorders, particularly in vulnerable populations like the OBD. We believe that these changes in cortisol levels can be linked to stress, inconsistent parenting practices and disorganization in the family environment.”

Reducing the stressors in early childhood may help decrease elevated levels of cortisol, and ward off the development of BD and other problems.

Recognizing the need for early intervention, Ellenbogen initiated a pilot prevention program, Reducing Unwanted Stress in the Home (RUSH), which targets bipolar parents and their vulnerable children between six and eleven. An assessment measures salivary cortisol, looks at the family environment, and evaluates the child’s behaviour. Then parents and children participate in weekly sessions.

With parents, the focus is on improving communication and problem-solving skills, and increasing structure and consistency in the home. With children, they teach skills for understanding and coping with stress through age–appropriate exercises and educational games.

To date, children and parents have been responding well, but the research is ongoing.

Programs like RUSH aim to prevent the development of mental illness in vulnerable youth. And an ounce of prevention can mean a whole lot to quality of life down the road.