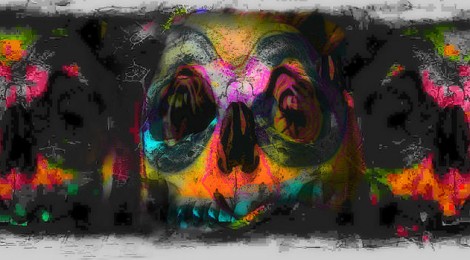 David Feingold is an artist who was hit by a car when he was a child and sustained a significant traumatic brain injury, which led to both temporal lobe epilepsy and cognitive impairments. The brain trauma that David experienced as a young child eventually manifested itself in the form of Bipolar Disorder as an adolescent. He has used art as a form of therapeutic relief for both his physical disabilities and mental illness, and is well known for his graphic images in his Bipolar series. This painting, Seeing The Light, depicts David’s optimistic attitude towards his own future living with Bipolar Disorder. You can see the rest of David’s work here.

← When Sexual Assault Victims Don’t “Resist”
One of my turns →