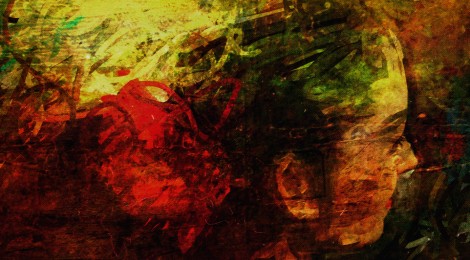 Lara Mcleod was just 19 when she was reportedly raped by Joaquin Rams, the fiancée of her elder sister. At the time Lara stated that she didn’t want to report the incident. But a police officer, who learned of the allegations from Lara’s parents, told her to come to the station for a formal interview.

When the police questioned Joaquin, he produced a video recording of sexual intercourse with Lara, which he made without her knowledge. In the video, Lara did not struggle to free herself, nor did she tell Joaquin to stop.

During his investigation, Detective Bradford Cavender of the Prince William County Police Department, repeatedly questioned Lara about why she didn’t try to escape during the encounter. She explained that Joaquin had shown her his gun, and threatened to take her to a party where she would be gang-raped by a group of men if she didn’t have sex with him. He also threatened the safety of her family. Despite her claims, Detective Cavender considered her an active participant in sexual intercourse because she did not fight off the attacker. Lara was charged with making a false report to a police officer and subsequently arrested. Four years later, in an interview with BuzzFeed News Lara said:

“The night I was raped, I said I wanted to be left alone. People say rape is serious and you should report it, but look what happened to me: I reported my rape, and they told me it never happened.”

According to The International Association of Chiefs of Police (IACP), “The determination that a report of sexual assault is false can be made only if the evidence establishes that no crime was committed or attempted.” But research by forensic psychologist David Lisak and colleagues shows that only two to eight percent of reported sexual assault allegations are false.

Lara’s charges were eventually dropped in exchange for community service, but no charges of sexual assault were ever laid against Joaquin. At the time of publishing, her rape remains an alleged crime simply because there was no evidence to show that Lara fought back.

The assumption that sexual assault is defined by the victim’s physical resistance may be more common than we think. A study by psychologist Blake McKimmie and colleagues at the University of Queensland found that mock jurors were more likely to find a sexual assailant guilty when the victim physically resisted compared to when she did not.

Yet, according to the Ontario Coalition of Rape Crisis Centers, physical struggle is not a defining feature of sexual assault. Perpetrators may use verbal pressure, threats, and mild force such as arm twisting or pinning the victim down in an effort to discourage resistance.

Some victims may even experience tonic immobility, an involuntary freezing response: difficulty moving and speaking, the inability to escape, and feelings of terror. Jennifer Heidt and colleagues, of Temple University in Philadelphia, found tonic immobility in 52.5% of participants in their study—all were survivors of childhood sexual assault. The belief that a rape is more real if the woman fights back, or that rape only occurred if there are physical injuries to prove it, are examples of rape myths: inaccurate beliefs about sexual assault that lead to heightened victim blame and decreased perpetrator blame. And for a person experiencing the repercussions of sexual assault, unsupportive treatment by law enforcement can be especially devastating.

In 2013, Human Rights Watch released a report that detailed the mistreatment of victims of sexual assault by the Metropolitan Police Department in Washington, DC.

In the report, one woman claimed that, “reporting to the police was far more traumatizing than the rape itself.” Another interviewee echoed this sentiment: “To hear him tell me he didn’t believe me was a slap in my face. And where do you go from there when the police tell you they don’t believe you?”

For Lara, the mistreatment she received from the police has affected her deeply. Four years later, she still has severe panic attacks whenever she encounters a police officer.