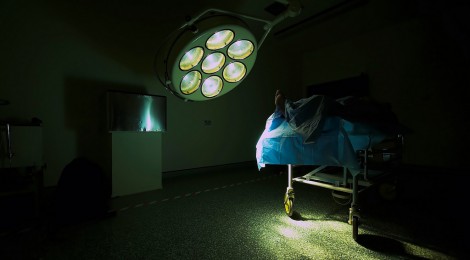 Why Are We Still Sterilizing Women with Disabilities?

A recent study, conducted by the Washington-based group Disability Rights International, found that the sexual abuse and forced sterilization of Mexican women with psychological disabilities is disturbingly common.

According to the report, over 40% of the women interviewed reported being sexually assaulted or raped during visits to gynecologists. And 40% were coerced by families or health professionals to undergo sterilization.

Forced sterilization has historically been performed on the mentally ill under the guise of routine medical care, often with the consent of caregivers. The women interviewed by Disability Rights International had a range of mental disorders including depression, schizophrenia, and bipolar disorder. Many were subjected to sterilization without knowledge or consent.

Cases like this still occur in the United States and Canada, where the 19th and 20th century eugenics movement is long over. During the movement’s peak, laws required the poor, minorities, and persons with mental and physical disabilities to undergo sterilization to prevent them from passing on genes. By the late 1970s, most states had abolished the laws. But a recent investigation of California’s prison system revealed that the California Department of Corrections and Rehabilitation permitted tubal ligation on 144 inmates, as recently as 2010. Women who were deemed likely to be re-incarcerated were targeted for the procedure, which creates permanent infertility. Thirty-nine of these cases were performed without the lawful consent of the inmate, and another 27 lacked documents to show the patient was mentally competent and understood the lasting effects.

The U.S. justice system still struggles with the issue of consent, especially in cases where family members or guardians request sterilization of persons with disabilities. Forced sterilization is often justified as being in the best interest of those deemed inept to make their own decisions.

The Human Rights Watch states that the best interest argument has less to do with the incapability of the individual, and more to do with a lack of appropriate services to support women with disabilities and to protect against sexual abuse and exploitation. Often, women are forced to undergo sterilization simply to avoid inconveniencing caregivers.

The Disability Rights International study showed that most of the women interviewed were previously told not to have children because they would pass on the illness, and that they were incapable of being good mothers due to disabilities. Eunice de la Vega, one of the women interviewed, suffers from schizophrenia. She told the Guardian that after getting pregnant, her mother and psychiatrist tried persuading her to get an abortion. Despite the pressure, De la Vega kept the child, who is now five years old. She was able to manage her symptoms with the help of therapy and medications throughout pregnancy.

“I want to raise my voice about this because it is not right that they try and control what we do with our bodies. And I know I have been much more able to control my life than most.”

Unlike De la Vega, many women remain silent. Their reasons for doing so include lacking an understanding of medical ethics and human rights, and believing the government would be unsympathetic to their claims. Some feel ashamed and remain silent to avoid reliving trauma. Others are kept unaware of the sterilization until after the procedure.

The United Nations (UN) deems sterilization without full, free, and informed consent a violation of fundamental human rights. In a report to the Human Rights Council, the UN Special Rapporteur, Juan Mendez suggests that “medical treatments of an intrusive and irreversible nature, when lacking a therapeutic purpose, may constitute torture or ill-treatment.”

International attention brings progress. In September 2014, Jerry Brown, Governor of California, signed a bill to make sterilization illegal as a form of birth control for female prisoners. A step in the right direction, changing laws is just as important as global attention and informing the public that forced sterilization often occurs under the watch of trusted family members and caregivers.

← Why?
Toward A New Understanding Of Mental Illness →