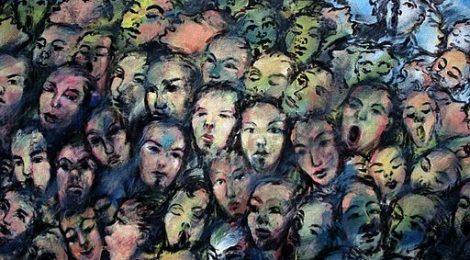 Beauty out of the Divide

This photograph shows a mural from the Berlin Wall, which was constructed by the Soviet Union in 1961 to separate East and West Germany. The Wall became a platform for the people of Berlin to share their frustrations in a very visible way—through art. In a time of political turmoil and distress, Berlin residents decided to create something beautiful out of something which was symbolic of a divide between the people. The image depicts the chaos of this time, and the range of emotions that the citizens of Berlin were feeling.