Do you want weekly updates about our content? Subscribe here:
Browse: Home   /   2016   /   December   /   Expressing the Inner Voice May Bring Benefits 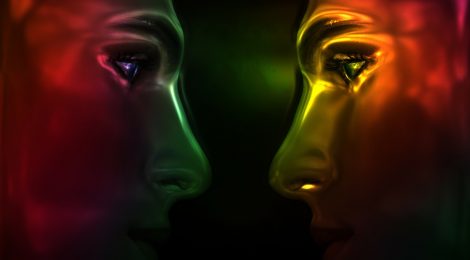 An app called Dragon Anywhere allows people to talk to their smart phone with no word or time limits. Talking out loud with a piece of technology is socially acceptable these days, but what about when no one or no thing is listening?

Many associate hearing voices or talking to oneself with mental illnesses like schizophrenia. And because these behaviours deviate from the norm, they make people uncomfortable.

But might there be benefits to expressing inner voices out loud?

James McConnell, an American biologist and animal psychologist, has said that talking to oneself is psychologically healthy. And neuroscientist Jill Bolte Taylor, in her book My Stroke of Insight, argues that speaking out loud makes the mind more focused, and even calls it “a powerful instrument”.

In an article in The Quarterly Journal of Experimental Psychology, Gary Lupyan and Daniel Swingley discuss the functions of talking to oneself, also known as self-directed speech. Compared to thinking about a word (e.g., chair), hearing a word out loud can make us better visual detectors of that word in our surroundings. Speaking facilitates the search. This phenomenon is called the label feedback hypothesis.

It is unclear, however, whether the label feedback hypothesis can be applied to broader concepts like happiness. Can happiness literally be spoken into existence? Proponents of positive affirmations think so, noting the benefits of repeating positive statements directed toward oneself. A study at the University of California, Los Angeles, showed that students who repeated positive affirmations produced fewer stress hormones. And another study published in the Personality and Social Psychology Bulletin by a team of researchers from Columbia, Berkeley, and Google found positive self-affirmations help those in low-power positions perform better.

Self-talk has other benefits as well. In a PsychCentral piece, Talking to Yourself: A Sign of Sanity, psychologist Linda Sapadin notes that giving voice to our goals focuses attention, controls emotions, and keeps distractions away.

In fact, this may be the best way for some individuals to get organized. While a number of people are visual learners, using calendars and to-do lists, it may be that others do better by simply speaking out loud.

Matt Duczeminski explains in his book 6 Benefits of Talking to Yourself (No, You’re Not Crazy) that talking through your thoughts helps distinguish big tasks from smaller ones, for example, getting organized by talking through a to-do list.

But not all self-talk is useful. In fact, talking about our failures and putting ourselves down can be quite harmful. As Sapadin puts it, “That kind of self-talk is worse than no talk at all.” And it can lead to a self-fulfilling prophecy, where we view ourselves negatively and act accordingly, attracting others who reinforce those beliefs. The link between negative self-talk and depression is also quite strong. In fact, those who engage in more negative self-talk experience more stress and inferior health, both psychologically and physically. Language and cognition expert, Steven Hayes, says negative thoughts are like passengers in the backseat of the car you’re driving. You hear them, but your focus should be on the task ahead.

Another way of coping with negative self-talk is by giving your negative voice a name. Brené Brown, author of the New York Times Bestsellers The Gifts of Imperfection and Daring Greatly, calls her inner critic ‘The Gremlin’, making light of the little voice inside her head.

So… if you’ll listen to yourself, keep talking.

But be kind to you.