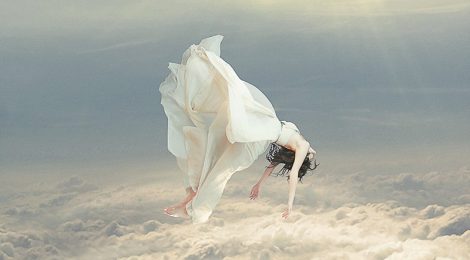 Former model Nikki Dubose has graced the covers of fashion magazines from Maxim to Vogue to Vanity Fair. She’s modeled in Barcelona, Paris, London, and Tel Aviv, and has walked the runway for numerous fashion designers.

Despite the glamourous lifestyle, Dubose is also a sexual assault survivor, and has struggled with eating disorders and mental-health issues. The story is a common one for many in the modelling industry. In an article for the Huffington Post, Dubose describes her experience:

A recent report from The Model Alliance shows that nearly 30% of models report being sexually harassed, while 28% have been pressured into sex with someone in the industry. Most of the models surveyed said they never told anyone—over two-thirds of those who did report the harassment to their agents were essentially ignored. In a 2014 Flare Magazine exposé, model Misty Fox also revealed being mistreated by a photographer. Fox said he took photos of her without consent as she was using the bathroom:

“He went to the next cubicle, leaned over like a kid in primary school and took my picture.”

When she asked for the film:

“He just sneered, ‘What are you going to do, tell your daddy?’”

When Fox reported this incident to her agent, the reply was:

“‘Honey, it’s [name redacted]; he’s a really big deal. You’re lucky to be there. Get some good shots. Gotta go.”

Stories of photographers preying on young models are commonplace, and there are few consequences. In an interview with the Trauma and Mental Health Report, Dubose said:

“Education and legislation are critical here—talking about sexual abuse in workshops so that models can develop safety plans, know what organizations to reach out to, and who to call if something happens. Prevention is key. Plus, predators need to be held accountable. Adopting regulations is also important to changing the way the industry currently runs.”

Recently, Dubose worked alongside California State assembly-member Marc Levine on Bill AB 2539, which addressed the need for “workplace protections and health standards in the modeling industry.” This proposal was based on the current French law that prohibits using models with a Body Mass Index (BMI) of 18 or lower. Disappointingly, the bill was not passed by the California state legislature. Dubose said:

“The government continues not to take the necessary measures to ensure the safety of models in an industry that puts them at risk.”

People often associate modeling with a luxurious lifestyle, but working in the industry can have an impact on mental health. Studies in the past decade have shown that models run a higher risk of developing psychological disorders and report lower life satisfaction compared to other occupations. The Model Alliance reports that 68.3% of models surveyed suffer from anorexia, depression, or a combination of both. Dubose recognizes how common mental health issues are in her industry. Her memoir Washed Away: From Darkness to Light recounts the painful struggles and abuses she suffered as a young, aspiring model. Success often comes at a great cost, with young hopefuls developing an array of dangerous disorders and unhealthy coping mechanisms in the pursuit of fame. She explains:

“Models are often forced into doing things that they don’t want to do, such as losing weight for jobs or sleeping with photographers and other people in the business, and are often victims of wage theft. Most of these girls and boys are minors. It is not acceptable for them to be subjected to abuse, rape, financial theft, and so on.”

A movement for change is emerging in response to these problems. Dubose and many others like her are fighting to create a future where young models perform their jobs in a safe environment without worrying about sexual and financial exploitation, eating disorders, and mental-health issues. Dubose concludes:

“It’s only a matter of time before we see major, positive change. I’m confident.”

← Stop the Stigma
Inspired to Heal →