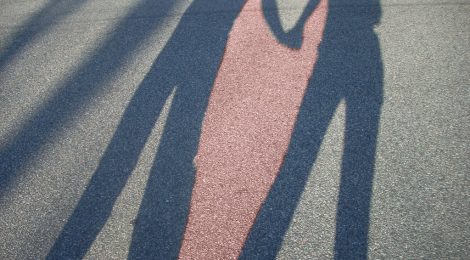 After the Abortion, Unspoken Ambivalence in Men

As a woman who’s always identified as a feminist, I’ve protested and debated for a woman’s right to body autonomy for many years—and continue to do so. When it comes to the issue of abortion, I’m squarely in the pro-choice camp. And frankly, I’ve never much thought about a man’s feelings regarding the procedure.

Recently, a couple I know disclosed to me their past experience with abortion. The two were in agreement as to their decision to terminate the pregnancy, and were comfortable with the outcome. After talking to them, I found myself wondering about pro-choice men’s reactions following abortions.

Although I never asked my friends directly, I researched the topic to see what I could find. What I discovered did not change my pro-choice stance or my belief that abortion is a woman’s decision, but it did enlighten me about some men’s perspectives.

In the United States, one in three women has an abortion by age 45. And, historically, abortion has been treated as a woman’s issue, as I think it should. It’s the woman’s body and her choice. But along with that, the experiences of male partners are largely overlooked.

When couples make the decision to have an abortion, how do men feel or cope afterward? To explore this question, Monica Heisey of VICE magazine interviewed men who had experienced the termination of a partner’s pregnancy. Surprisingly, many of those interviewed reported that abortion is far more complicated for men than people are aware, citing conflicting feelings of relief, as well as deep grief. Even couples fully confident in their decision to abort were surprised by the sense of loss they felt. One man’s account:

“The experience was very much about bottling something up. But the knowledge of it was really upsetting to me for a very long time. Emotionally, I think it’s much harder on the guy than people are aware.”

Many men said that they did not feel there was an appropriate time to discuss their own feelings, and, thus, rarely opened up to their partner. Some attributed their silence to their desire to play a supportive role, and to not wanting to be a burden.

On his decision to remain silent, one man explains:

“I’m not saying that I kept it quiet because it’s a gross, shameful secret. I just think that men, especially when they’re not especially intimate with their partners, aren’t afforded much space to articulate their feelings. That’s fine because our experience is comparably very different from the woman’s, but it’s still a strange emotional limbo.”

Those interviewed stressed that their silence was not due to wholehearted shame, regret, or guilt, but those feelings weren’t absent. Without discussing these emotions, some men disclosed that they were left thinking of the abortion for many years without closure or release:

“I think about it less now, but when my [new] fiancé and I talk about starting our own family and having babies, my mind moves pretty quickly back to that summer. I wish I had talked about it more, because I carried some serious unfocused guilt around for a good few years after, and it definitely changed the way I dated and behaved with new partners.”

In an article in Psychology Today, psychologist Susanne Babbel explains:

“Experiencing guilt does not imply that you made a mistake or ‘violated your own moral code,’ as some pro-lifers would imply.”

She stresses that conflicting feelings do not equate to saying it was the “wrong” decision. Babbel says that it’s important to hold space for both feelings—the relief and grief that come with the choice to have an abortion. Researchers at the University of California, San Francisco (UCSF) conducted a longitudinal study of emotional responses to abortion, suggesting that experiencing feelings of guilt or regret in the short-term after an abortion is not a mental-health problem and is a normal part of making a life decision. In fact, new research demonstrates that women who have abortions don’t have greater mental-health issues than those who carry the pregnancy.

Further, the UCSF researchers stress the importance of social context for healing:

These findings suggest that both women and men may benefit from social support after an abortion. With the stigma that abortion can bring, it can be difficult for them to seek help to work through their feelings of ambivalence post-procedure.

As a woman, to raise the issue of men’s feelings about abortion is uncomfortable for me. And yet, a safe and open environment should exist for men to discuss their emotions and mental well-being regarding the issue.

← Staying Grounded
After While →