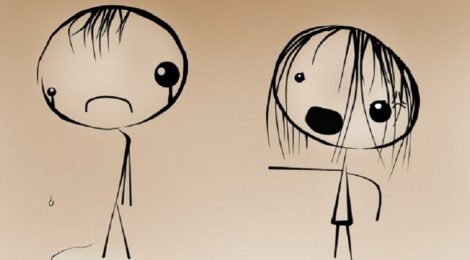 As pornography consumption has increased in the past few decades, so has fear surrounding its potential harm on relationships. But, does pornography have a negative impact on human intimacy?

An initial study in 1989 by researcher Douglas Kenrick claimed that men found their wives less attractive after viewing pornographic images. This finding created controversy around the health of watching pornography, and how its use might put female partners at a disadvantage.

Since then, however, concerns have arisen about the validity of the original study. The effects were present in a scientific laboratory, where men were exposed to photos of a Playboy centerfold, rather than in a real-world environment. These effects were also short-lived and disappeared quickly.

In July 2016, a group of researchers from the University of Western Ontario in Canada tried three times to replicate Kenrick’s study and failed to find similar results. This failure has prompted questions regarding the impact of pornography on men’s perceptions of their partners and on relationships as a whole.

It’s possible, though, that the replication studies may not have obtained similar findings due to sexual advertising becoming so prevalent in Western culture. The impact of viewing lewd images might be imperceptible now that under-clothed women are regularly displayed in popular media. These researchers raise the possibility that the men who experienced lower sexual and relationship satisfaction with their partner could be more likely to consume pornography because of their lower satisfaction—rather than pornography being the cause.

Researchers from Texas A&M and the University of Texas challenged these claims, proposing that pornography may be a means to alleviate sexual aggression. Looking at crime statistics, they point to evidence that, as access to and prevalence of pornography has increased, instances of sexual assault have not.

Perhaps that is what it comes down to—the individual relationship.

In an opinion piece in The Guardian newspaper, one anonymous writer said about her husband’s pornography use: ← The Stigma is Personal
Yayoi Kusama →