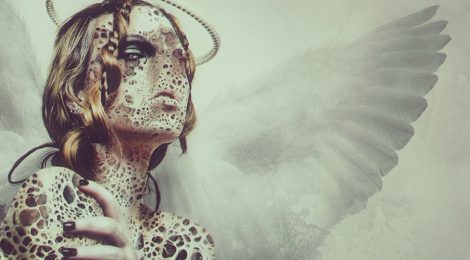 When university student Kinga (name changed) was young, she struggled with symptoms she couldn’t identify. She had shortness of breath and would suddenly get anxious. Her mother took her to a doctor, and Kinga was diagnosed with asthma. Despite asthma treatment, her inability to catch her breath persisted, and she had feelings of panic.

In retrospect, Kinga isn’t so sure she had asthma at all, believing she was misdiagnosed. In an interview with the Trauma and Mental Health Report, she explains:

“The doctors never knew what was wrong with me, probably because I didn’t have the right words to explain what was happening, and maybe because I wasn’t failing in school.”

Some mental illnesses, even those that are familiar, such as anxiety and depression, can be hard to identify. For youth with subtle to moderate symptoms, diagnosis can be especially difficult. Psychiatrist Peter Jenson and colleagues emphasize that diagnoses tend to rely on adults noticing symptoms. Children and teenagers often don’t have the knowledge to recognize their own mental-health difficulties.

As Kinga entered her pre-adolescent years, she always felt tired. Everything she did took a little more effort. While she continued her day-to-day activities, her symptoms followed her around. She says:

“I always performed well in school. I went out with friends, attended dance and language classes, but the fatigue was almost too much to bear. I had to fight the fogginess in my head to concentrate in school, and push myself through the exhaustion in dance class.”

Struggling pre-teens may not even realise that their mental health is at risk. They might only feel a little more tired or pessimistic. But these symptoms can hinder their ability to perform to their full potential.

“Sometimes, I would scream at my parents or siblings over the smallest things. My mom called it ‘being a teenager’, she didn’t realise, none of us realised, that it was more than that.” Despondent and unable to get help, Kinga took matters into her own hands and researched her symptoms on the Internet. She recalls:

“I was so fed up with feeling like this. So I turned to Google. I searched ‘what is tiredness a symptom of?’ In my 16-year-old mind, that was all it was. I was just tired. I clicked on a link— ‘symptoms of depression.’ Other symptoms listed were feelings of hopelessness, negative thoughts, difficulty concentrating, feelings of numbness… I suddenly realised what must be going on.”

With this new information, she went back to her doctor.

“I finally had a name for these feelings. But for so long, I was doing too well for anyone to notice something was wrong. I suffered for years, believing that everyone felt like this—everyone felt a little out of breath, a little empty.”

A form of depression where people appear to function normally is called dysthymia, and it often begins in childhood. Although it may not be as debilitating as major depression, dysthymia can prevent positive feelings and interfere with daily tasks. On average, it lasts five years, does not usually resolve on its own, and requires treatment. About 75% of those with dysthymia develop severe forms of depression if left untreated.

While Kinga’s symptoms did not prevent her from continuing her usual activities, if she had not received help when she did, she may very well have developed a more serious mental illness. In a post on Up Worthy, college student Amanda Leventhal shares a similar experience. Four years passed before she was diagnosed and treated. And Leventhal believes the process took so long because of stereotypes regarding mental illness:

“Even though we’re often told that mental illness comes in all shapes and sizes, I think we’re still stuck with certain ‘stock images’ of mental health in our heads.”

She says that ideas of how mental illness “should look” are so prevalent, it is difficult to believe that someone who doesn’t look mentally ill could be struggling. In fact, a study out of Duke University reports that only half of teenagers with mental health problems receive treatment at all.

“I don’t know where I would be today if I didn’t get help. I don’t even want to think about that. I know I’m not the only one who suffered from mental illness as a kid, so I hope there is an increase in awareness of mental illness in young people.”

← The Awkward Silence Can Actually Help
Man Without Gravity →