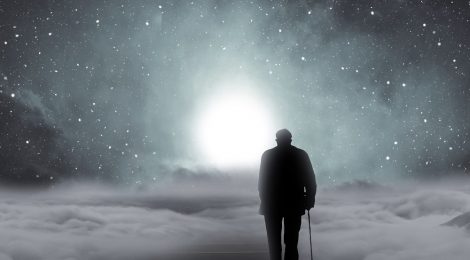 “Man Without Gravity” is Josef Forster’s only work and was originally untitled.  This expressionist style piece painted after 1916 depicts a boy in a black suit standing on stilts with his eyes covered by a blue piece of cloth.  Forster was admitted to the Regensburg psychiatric institution where he spent many years, and was often praised for his artwork.  Although the doctors supported his artwork, Forster was kept isolated from other patients as he often consumed his bodily excretions.  In doing so, he hoped that would become a “noble being”.  To many, his artwork signifies extreme desperation.  The text on this painting states, “This is supposed to show that if one no longer has any body weight it is necessary to weigh oneself down and that one can walk through the air at great speed.” ← Mental Illness in Youth Often Goes Undetected
What Can a Lizard Tell Us About Human Mental Health? →