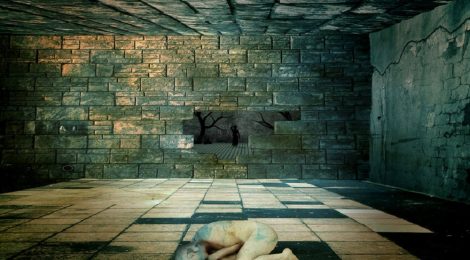 Solitary Confinement: Cruel, Damaging, Offers no Prep for the Outside

Ryan Pettigrew is a Colorado native who spent eight years of a 12-year prison sentence in solitary confinement. Struggling with bipolar disorder as a teen, he was abandoned by his parents and left homeless. On the streets, Pettigrew turned to drug trafficking to survive, and was eventually indicted on assault and drug charges. His resulting incarceration led to time in prison isolation for fighting with another inmate.

Solitary confinement is the practice of keeping a prisoner apart from the general population of a correctional facility. Prisoners spend up to 23 hours per day in their cell alone, deprived of both environmental and social stimulation. The majority of Colorado inmates in isolation have a mental illness.

In an interview with the Trauma and Mental Health Report, Pettigrew said:

“For the most part, solitary in Colorado is 24-hour lockdown. I went eight years without seeing sunlight, without human contact. Without anything.”

Cells vary widely, even within North America. Some cells include a bed, toilet, and television. Others contain no furnishings and a bucket or hole for use as a toilet. Not surprisingly, the United Nations (UN) states that placing a person in solitary confinement for more than 15 days constitutes cruel and inhumane treatment, and is tantamount to torture.

Partly due to pressure from the UN, both American and Canadian governments have expressed intentions to reduce the use of isolation in correctional facilities. Pettigrew believes that this change is long overdue, stating in another interview that solitary confinement exacerbated his bipolar disorder. He claims that this type of prisoner abuse often leads to anti-social behaviour after incarceration, rather than to rehabilitation:

“My message to the public is: regardless of how you feel about criminals, most of them get out [of prison], and public safety requires they be released prepared to become productive citizens rather than angry and ignorant. I’m not asking for sympathy, just a rational win-win solution.” Stuart Grassian, a psychiatrist from Harvard Medical School, spent much of his career researching the impact of solitary confinement. His findings show that it produces a distinct psychiatric condition. Symptoms include hypersensitivity to external stimulation, hallucinations, panic attacks, problems with thinking or memory, intrusive and obsessive thoughts, paranoia, and impulsivity.

Pettigrew experienced many of these symptoms himself:

“The first six months to about a year [in isolation] was really hard. It felt like the walls were closing in. I would have panic attacks and start hyperventilating.”

“One of the important clinical findings in solitary confinement is that people deprived of an adequate level of stimulation become intolerant of stimulation. They overreact; they become hyper-responsive to it, and they can’t stand it.”

Upon being released, Pettigrew found that he was not the same person he used to be. Before his incarceration, he was outgoing and loved to socialize. Afterward, he no longer enjoyed being around people and moved to the countryside to avoid contact:

“I get overly stimulated very quickly. Just too much going on drives me crazy. My first week out, I locked myself in my brother’s basement. That’s why I like the country. There are not all the noises and lights.” In an interview with PBS, Grassian also explained that the brains of people who are exposed to extended periods of isolation show greater activity in response to external stimuli, compared to those who haven’t.

In light of these findings, some U.S. prisons, including Maine State Prison, are reducing their dependence on this type of punishment. The prison’s warden Rodney Bouffard said in the PBS documentary that every effort should be made to reintegrate prisoners into the jail’s general population. He believes that keeping them in isolation is harmful:

“Putting them in confinement and forgetting about them is going to make them worse. There’s no question in my mind. If I have someone who comes in with a five-year sentence, you can have them do their whole time in segregation. But I wouldn’t want them living next to me when they release them.”

Instead, Maine State Prison’s program teaches inmates to resolve conflicts without violence and to control their actions and emotions. Between 2011 and 2017, Maine State Prison successfully reduced the number of inmates held in solitary confinement from 100 to 8. And now over 30 other state prisons are attempting solitary reforms.

It may not be possible to eliminate solitary confinement immediately, but reducing its use is in the best interest of prisoners and the public.

← Dear You
Hope for Alzheimer’s →