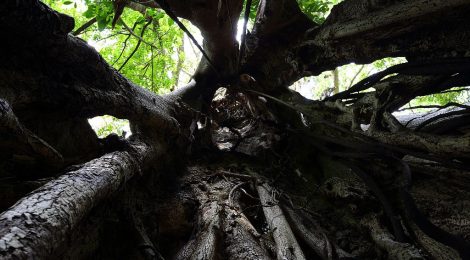 “The Noonday Demon” is a book by Andrew Solomon that explores the topic of major depression, incorporating both medical research and the accounts of people whose lives have been touched by this debilitating, yet eminently treatable, disorder.

Below is a quote from the book that describes what it is like to be in the throes of a major depressive episode:

“My depression had grown on me as that vine had conquered the oak; it had been a sucking thing that had wrapped itself around me, ugly and more alive than I. It had had a life of its own that bit by bit asphyxiated all of my life out of me. At the worst stage of major depression, I had moods that I knew were not my moods: they belonged to the depression, as surely as the leaves on that tree’s high branches belonged to the vine. When I tried to think clearly about this, I felt that my mind was immured, that it couldn’t expand in any direction. I knew that the sun was rising and setting, but little of its light reached me. I felt myself sagging under what was much stronger than I; first I could not use my ankles, and then I could not control my knees, and then my waist began to break under the strain, and then my shoulders turned in, and in the end I was compacted and fetal, depleted by this thing that was crushing me without holding me.”