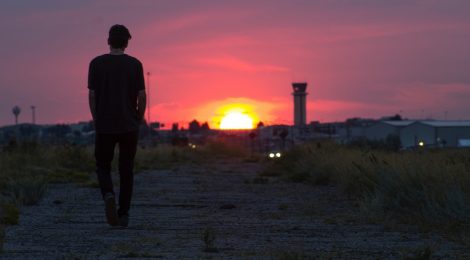 When Male Rape Victims Are Held Accountable for Child Support

When Shane Seyer was 12, he was sexually exploited by his 16-year-old babysitter Colleen Hermesmann. She became pregnant with Seyer’s child in 1989 and was charged with statutory rape shortly afterward. Instead of being convicted of rape, Hermesmann was declared a juvenile offender under the non-sexual offence of “contributing to child misconduct.” Seyer was subsequently court-ordered to pay child support.

In 1993, at the age of 15, Seyer appealed this decision to the Kansas Supreme Court, arguing he should not be liable for these payments. He maintained that his babysitter (Hermesmann) took advantage of him sexually when he was too young to give consent.

The Kansas Supreme Court ruled against him. The judgment stated that, because Seyer initially consented to the sexual encounters and never told his parents what was happening, he was responsible for supporting the child.

This court case set a precedent for male rape victims to make child-support payments. The financial needs of the children outweigh the court’s interest in deterring sexual crimes against male minors, even if statutory rape is the cause of conception.

More recently, in 2014, Nick Olivas of Arizona was forced to pay over $15,000 in back-payments to a woman who had sex with him when he was 14. She was 20 years old at the time. Commenting on the Olivas case and others like it, Mel Feit, director of the New York-based advocacy group the National Center for Men, told the Arizona Republic newspaper: Peter Pollard, co-founder of 1in6, an organization designed to help male assault survivors, explained in an interview with the Good Men Project why we downplay the severity of male sexual assault:

“We’re all raised in a culture that says boys are always supposed to initiate and enjoy a sexual experience and males are never supposed to see themselves or be seen as victims. The easiest default is to blame the victim, to say ‘he wanted it,’ ‘he must have chosen that.’”

These attitudes toward male sexual assault are apparent even in the way these men are treated during their court cases.

In 1996, the court heard the case of County of San Luis Obispo v. Nathaniel J in which a 34-year-old woman became pregnant after sexually exploiting a 15-year-old boy. He was also forced to pay child support, and then Deputy Attorney General Mary Roth alleged:

“I guess he thought he was a man then. Now, he prefers to be considered a child.”

Some professionals, such as Mary Koss from the University of Arizona who published the first national rape study in 1987, even argued that men and boys cannot be raped by women. In a radio interview, Koss stated:

“How would [a man being raped by a woman] happen… how would that happen by force or threat of force or when the victim is unable to consent? How does that happen? I would call it ‘unwanted contact.’”

Research indicates, however, that men can be stimulated and achieve an erection in times of fear and terror, despite not being aroused. Studies range from cases where men report arousal during assault, to scientific experiments that find men have erections under many non-sexual circumstances, including when they are unconscious. In her research, Myriam Denov, a professor at McGill University who holds the Canada Research Chair in Youth, Gender and Armed Conflict, asserted:

She goes on to say that, as a result, the experiences of male victims who come forward to disclose sexual abuse by women may be trivialized. These misconceptions can lead to delayed referral to social services, or failure to provide victims with the care and support they require.

Until the idea that women cannot rape men and other rape myths are dispelled, cases where victims are misunderstood and mistreated, and even made to pay child support to their former abusers, are likely to continue.