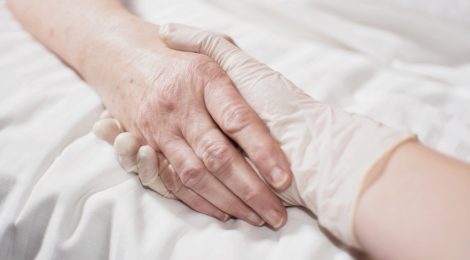 We know that death is inevitable, yet most imagine it in the distant future. But those with a terminal illness face the harsh reality of death’s imminence. Cancer is the most common terminal illness, and in 2016, an estimated 1.5 million new cases will be diagnosed in the US, and almost 600,000 people will die from the disease. Over the past decade, European countries such as Belgium and the Netherlands have legalized assisted dying. More recently, Canada passed Bill C-14 in June 2016, allowing assisted dying to be an option for those with a terminal illness. According to Health Canada, since the bill passed, there have been a total of 2,149 assisted deaths, and 63 per cent of them were cancer-related.

I lost my grandparents to terminal diseases, and saw what they endured. I wonder what choice they would have made had assisted dying been legal at the time. Both my parents believe that if someone is suffering, they have a right to end their life. As both of them had to care for their own ailing parents, they shared similar sentiments. In my mother’s words:

“You feel frustrated, because you’re helpless. There is no cure and there is literally nothing you can do. You get very depressed, angry, and sad yourself. It’s also so hard to watch someone who was once so strong not be able to tie their own shoe anymore.”

My father recalled a moment with my grandmother, when she could no longer bear her suffering. “I remember being in the kitchen with her and she put her head down on the table and said, ‘I just want it over with.’”

Since my paternal grandparents did not suffer long, my father does not think assisted dying would have been an option for them. My mother, however, feels differently and would have suggested it to her mother if the law would have been in place.

The right to assisted death provides some with relief. Barb Gibson Clifford, from Alberta, has stage 4 uterine cancer and in a short film by Dying With Dignity Canada, explains how this legislation impacts her:

“It’s terrifying to think that, if I don’t have choice, it could be very nasty, both for myself and for my family members. I’m so grateful to those nine judges of the supreme court for choosing to be in consensus about what they were doing. I cheered. I cheered in my kitchen.”

There are others who do not agree with their family members’ choice of assisted death. Former journalist, Deborah Binner from the United Kingdom, watched with inner turmoil and despair as her husband, Simon, made the choice to travel to Switzerland to end his life. This came after he received a motor neuron disease (MND) diagnosis. In her story, she explains how her husband’s choice made her feel:

“I didn’t want Simon to suffer but I didn’t want him to die, either. Watching him plan his own death, while I still wanted more time, was overwhelmingly traumatic. He had rights, but how much of his life was mine? I won’t join any campaign or celebrate his ‘choice’; nor would I condemn any other human being for making the same one.”

In a study of terminally ill patients in the United States, approximately 60 per cent supported assisted dying, but roughly 10 per cent considered it for themselves. Those who were more likely to consider it had depressive symptoms, essential caregiving needs (washing, eating, etc.), and pain. There are still some patients who do not make this choice for themselves.

Michael Wenham from the United Kingdom, who also has MND, writes on his blog, “Investment in universal best palliative care is the true expression of compassion, not the offer of a cocktail of barbiturates, which is a perversion of therapy.” With assisted dying laws being introduced in a number of countries, there is still a divide. It is a choice that affects many people and their communities. The conversations around Bill C-14 and other assisted dying laws tend to focus on ethics and morality. Yet, it is important that we recognize the human life behind these legislations.