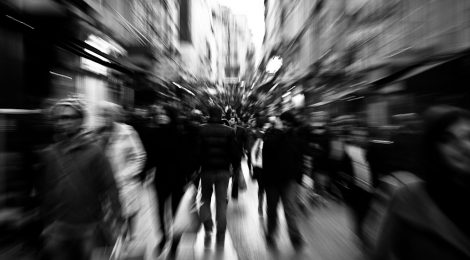 One Step at a Time

Shameless is an American adaptation of a comedy-drama television program from the UK with the same name. The popular series depicts the lives of a low-income family from urban Chicago as they face the struggles of daily life, leaving the show’s viewers laughing and crying all within the same forty-five-minute segment. Sheila, as portrayed by Joan Cusack, suffers from agoraphobia, anxiety and obsessive–compulsive disorder; Cusack won an Emmy Award for her brilliant supporting character performance. This montage demonstrates Sheila’s constant bravery in her battle with her concurrent disorders while displaying the intensity and debilitating nature of these symptoms. The clip expresses the numerous medications she is prescribed, her experience with virtual reality therapy and her own personal mechanisms of triumph over the impairment she endures. Beyond this footage selection, Sheila eventually creates a goal-setting calendar that she uses to track her distances-travelled away from home, pushing her boundaries and allowing her to overcome her fears of the outside world, one step at a time.