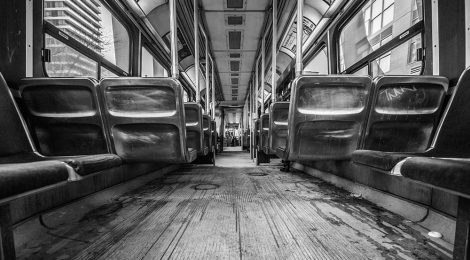 The Face We Hide

Life On The Line, a non-profit art project organized by Twentytwenty Arts, featured prints of original artworks by 20 local artists displayed inside subway trains, in Toronto. This Toronto Transit Commission (TTC) art series aimed to reduce the stigma around mental illness and helped to raise money for the Canadian Mental Health Association (CMHA). The artworks are available to purchase online, with 80 percent of sales going to CMHA.

Jessica Okonski is one of the local artists whose work was featured on the TTC. Now Magazine spoke with Jessica about why she wanted to participate in Life On The Line and asked her what her inspiration was behind her work “The Face We Hide”:

“Between my own struggles and growing up with family members who also struggled with depression and addiction, mental health has been something that’s loomed around me. But I was always taught to keep it hidden. I participated [in this series] because I wanted to change my narrative about mental health and not be ashamed of my struggles. I took this photo near Queen West this past summer. This piece was inspired by how much I was hiding myself from everyone. I just needed to get it out. Outwardly I am ‘happy’ and look like I have my shit together, but really it’s just a beautiful wall to hide behind. The viewer sees something pretty and maybe a little sad, but the subject herself sees nothing.” ← Almosts
Sleep Paralysis: Not the Stuff Sweet Dreams are Made of →