Do you want weekly updates about our content? Subscribe here:
Browse: Home   /   2019   /   August   /   Cannabidiol and the Ketogenic Diet: Alternative Treatments for Childhood Epilepsy 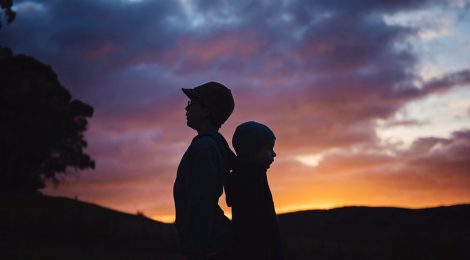 Cannabidiol and the Ketogenic Diet: Alternative Treatments for Childhood Epilepsy

When I was eight, I took a trip to Montreal, Quebec with my father. The bus picked us up early in the morning, and as we settled in I quickly fell asleep. When I woke up, I was in a hospital without a clue as to how I got there. My dad explained that after I closed my eyes, I wouldn’t wake up. My breathing became shallow and my lips turned blue. I was rushed to the hospital, where I felt tired but otherwise fine.

Soon after, I started having seizures a couple of times a week after going to bed. Sometimes, during a seizure, I would wake up in a panic, drooling, completely paralyzed, unable to call for help. The next day, my whole body would feel sore from the convulsions. I was prescribed low dose Tegretol, a common anti-convulsive medication that helped immediately. The seizures became less frequent and by the time I graduated high school, I was both drug and seizure-free.

But I was lucky. Some cases of epilepsy are not so easily treated with medication. Roughly 2-8% of children are diagnosed with rare cases of epilepsy such as Lennox-Gastout Syndrome and Dravet Syndrome. Individuals with these syndromes experience multiple types of seizures from a very young age, impaired intellectual development and, typically, no response to anti-epileptic drugs. Charlotte Figi was born with Dravet Syndrome and spent the first five years of her life catatonic, incapable of eating, swallowing or walking. Her parents constantly helped her relearn motor skills lost during episodes. Charlotte’s mother discusses those difficult first years in an interview with 60 minutes:

“I was actually praying for her to just pass because it was so difficult to watch her struggle…what kind of a life was that for a person? It’s hard to admit…but I thought that would be better than going through what she was going through every 30 minutes.”

Having exhausted all other options, they turned to cannabidiol (CBD), one of the major components of marijuana. Unlike its counterpart, tetrahydrocannabinol (THC), CBD is a non-psychoactive compound that may have significant medicinal benefits for severe cases of epilepsy. After the first week on CBD, Charlotte’s seizures lifted.

Joe Pierre, a psychiatrist and clinical professor who specializes in the medicinal use of cannabis and other cannabinoids, offers insight into the benefits CBD may have for seizure patients:

“First, it’s important to avoid confusing these encouraging findings with the premise that marijuana, or cannabis in general, is a viable treatment for epilepsy. Cannabis use, particularly at an early age, increases the risk of developing a psychotic disorder like schizophrenia. The most promising medicinal effects of CBD thus far have involved the treatment of children with rare forms of refractory epilepsy. After treatment with CBD, patients experienced around a 40% reduction in seizures – beyond whatever benefits they’d already received from standard treatments. That’s certainly very encouraging given how difficult it is to treat these conditions with standard anticonvulsant medications.” Another alternative treatment for severe cases of epilepsy is the ketogenic diet. Eric Kossoff, an expert on the subject, in a presentation at John Hopkins University, explains that about 36% of all seizure patients do not respond to anti-seizure medication. Numerous studies on the keto diet show that about half of all children with Lennox-Gastout Syndrome or Dravet Syndrome see 50% reductions in the number of seizures they experience, with about one in six becoming seizure-free.

The basis of the ketogenic diet is a combination of low carbohydrates and high fats. With low amounts of sugar in the body, the high amounts of fat produce “ketone bodies” that break down fats into energy. The high efficiency of ketone bodies can reduce the excitability of neurons, thereby reducing seizures.

For many, the keto diet has shown benefits, as was the case for Charlie Abrahams. As a teenager in 2008, he spoke at The International Symposium on Dietary Therapy for Epilepsy and Other Neurological Disorders, explaining:

“When I arrived at Johns Hopkins just before thanksgiving in 1993, I was 20 months old. I weighed about 16 pounds and was taking Dilantin, Felbatol, Tegratol, Tranxine several times every day. I still have a bandage on the back of my head from when they operated on my brain. I had been having dozens, sometimes as many as a hundred seizures a day for a year. Then my doctors changed what I ate. My seizures were gone in two days. I was off the drugs in a month. I’m not sure what would have become of me if my family hadn’t found the ketogenic diet, but I doubt that today I would be an “A” student in high school with lots of friends.”

Charlie is now a college graduate, beginning his career as a pre-school teacher. His father, Jim Abrahams, has since co-founded The Charlie Foundation to spread the word on the keto diet, and has directed a feature film, “…First Do No Harm” inspired by his son’s story.