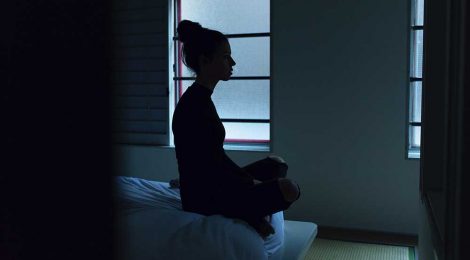 “I used to lie awake for most of the night staring at my ceiling. It practically drove me crazy!  If you asked me when the last time I had a decent sleep was, I wouldn’t be able to recall. I would wake up early to go to school and my part-time job on only four hours of sleep. That was my life for years.”

So says Celine (name changed), who had suffered for years with chronic insomnia.  The National Sleep Foundation explains that insomnia can be a response to a medical condition or a result of mental illnesses such as depression or anxiety. Poor sleep hygiene, chronic pain, certain medications, lifestyle habits, and allergies can also contribute. Yet for Celine, her doctor found no underlying cause, it appeared to have “come out of nowhere.” In the U.S., 1 in 3 people suffer from mild insomnia and 10% suffer from chronic insomnia. With it being the most common sleep disorder, a number of treatments, from medication to cognitive behavioural therapy, have been developed. In an interview with the Trauma and Mental Health Report (TMHR), Celine describes her experience with the sleeping medication she was prescribed:

“After the first two weeks, I didn’t notice any changes in my sleeping behaviour so I went back to my doctor. After being prescribed another sleeping pill, I experienced minor side effects. For some reason, it didn’t work but I continued to take it hoping that it would eventually work. It didn’t.”

Frustrated with her medication and irritable from sleep deprivation, Celine attended her first hypnotherapy session after searching for a different type of treatment. She saw rapid changes, sleeping through the night for the first time in over a year. In an interview with the TMHR, Andrew Gentile, Certified Hypnotherapist, notes that it is “not uncommon that hypnotherapy is a one-time session in treating insomnia.”

Andrew Krystal, Associate Professor at Duke University School of Medicine, explains that many treatments for insomnia, particularly medications, are either ineffective or are not backed by research. Gentile also expressed his opinion on the medical treatment of insomnia:

“The mainstream mental health system pushes the public towards medications. For example, the Ontario Health Insurance Plan (OHIP) covers psychiatrists because they are medical doctors but not hypnotherapists. The people who refer on OHIP don’t have the option to see a hypnotherapist. It’s a type of treatment that many are not familiar with.”

For some, when medications are combined with hypnosis, better results are seen in the treatment of insomnia. Physician Alex Rivlin discusses using medication in his hypnosis practice, in an interview with the TMHR:

“I usually don’t use medication if it’s not absolutely necessary. The advantage of being a medical doctor while practicing hypnosis is knowing when to use them and being able to administer medications when needed such as for epilepsy or hormone imbalance.” Recent research shows that both acute and chronic insomnia respond positively to hypnotherapy. In one study, hypnotherapy was considered more effective than other techniques in helping participants fall asleep. According to Gentile, the benefits of hypnotherapy include identifying destructive thought patterns, finding the reason for one’s insomnia and a deeper, more restorative night sleep.

Still, many do not opt for hypnotherapy as a primary treatment for insomnia. In an interview with the TMHR, James (name changed), who suffers from sleep disturbances resulting from a severe concussion, expresses his doubt:

“I’ve seen it in a show once. To me, it seemed like a complete hoax. I would never allow myself to go under anyway, anything beyond my control frightens me. The entire situation and outcome are out of the client’s control. I have certain trust issues in experiences like that.”

“What works against hypnotherapy is the stigma against the entertainment hypnosis industry and the way it is represented in the media. The lack of understanding and representation of the usefulness of hypnotherapy plays a big part in this.

Gentile adds that: “over time this is changing. In the U.K., hospitals even use hypnosis instead of anesthesia for surgeries.”

← Flower in the Desert
Complex Neurology →