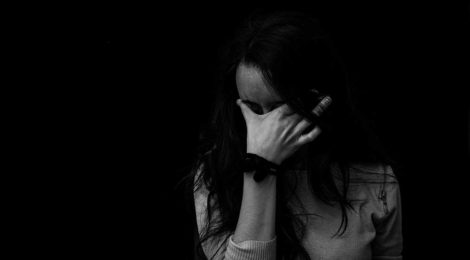 At the beginning of 2018, Pop star Lady Gaga cancelled the last ten dates of her “Joanne” world tour due to severe pain. The singer suffers from fibromyalgia, and in her documentary, Five Foot Two, she opened up about her struggles with chronic pain to raise awareness about the condition. In an interview with Vogue, Gaga explained:

“For me…it’s really a cyclone of anxiety, depression, PTSD, trauma, and panic disorder, all of which sends the nervous system into overdrive, and then you have nerve pain as a result…And it’s every day waking up not knowing how you’re going to feel.” Fibromyalgia is a chronic and often debilitating pain syndrome that is accompanied by fatigue and cognitive difficulties, as well as additional physical and psychological symptoms, such as headaches and depression. In an interview with the Trauma and Mental Health Report (TMHR), Kiara (name changed) explained what it’s like to experience fibromyalgia:

“The pain of fibromyalgia is all-encompassing. Weather, stress, physical exertion, noise and lack of sleep all increase your pain level.”

The exact cause of fibromyalgia is still unknown, yet many factors may trigger the disorder including infections, stress, physical injury, or psychological trauma. Due to the lack of tests and visible symptoms, fibromyalgia is sometimes referred to as an “invisible illness” and is often a diagnosis that is reached by a process of elimination, as other possible causes of pain must first be ruled out; it takes on average four years to receive a diagnosis.

Some professionals believe that the condition is purely psychological, considering it to be a somatic symptom disorder. However current research shows that fibromyalgia is likely a disorder of the central nervous system that affects pain processing; leading some to suggest that fibromyalgia is a multifaceted, or biopsychosocial disorder.

The TMHR spoke with specialists in Canada and the United Kingdom who work with individuals suffering from fibromyalgia about the confusion surrounding the condition. Eleanor Stein, a psychiatrist and Clinical Assistant Professor in the Department of Psychiatry at the University of Calgary, explains how this lack of understanding leads to difficulties in receiving a diagnosis:

“There are enormous challenges in treating hidden illnesses. The first challenge is getting a healthcare professional to believe that you might have the condition because there is no way to be certain of the diagnosis. And, even once you’ve received a diagnosis, the chances of finding a healthcare practitioner with enough knowledge to be helpful is very limited.”

Jess Thompson, Director of Psychology at the Optimum Health Clinic in London, England, describes how misconceptions and false impressions can lead to stigma:

“The fact that fibromyalgia is medically unexplained with no single biomarker leads some to the assumption that it is not real, that the symptoms aren’t real, and that the people are making them up. There’s an implication that sufferers have nothing wrong with them, they are just being lazy, weak, or seeking attention. These beliefs create stigma.”

Attam Singh, a Consultant in Pain Medicine with the London Pain Clinic in England, agrees and attributes the variable nature of the disorder as a source of the stigma:

“Fibromyalgia has good days where you can seem absolutely great and you feel very much on top of the world, followed by days when you are quite debilitated, barely able to walk, and confined to your bed. This happens recurrently. For friends and family, this waxing and waning can be frustrating to the point where they just get fed up.”

This repetitive cycle can lead to social difficulties for individuals with fibromyalgia who may struggle to form and maintain strong relationships. Work and education can also be impacted, as often people will require extensive time off due to their illness. For Kiara, when her pain was at its worst, it impacted all areas of her life:

“My social life changed. I was in too much pain or too tired to join in. My fatigue was so great at one point and my pain level was so high that I would miss days from work. I eventually was let go. I believe they thought I was faking or just taking days off. When the pain was bad I could not play with my nieces and nephews. You miss out on a lot, both socially and with family. It made me wonder if I would find a boyfriend or husband who would want to take on someone with this problem and understand the obstacles I faced”. There is a strong link between fibromyalgia and depression, with a 90 percent chance of experiencing depressive symptoms. Additionally, individuals with Fibromyalgia often experience symptoms of anxiety and are at an increased risk of suicide. However, it is not yet known if these mental health difficulties arise due to the isolation and social withdrawal that many with fibromyalgia experience, or if depression and anxiety are linked to the disorder. Kiara explained how her chronic pain impacted her mental wellbeing:

“I have, however briefly, wished I was dead instead of living with the pain. Battling physical pain is mentally exhausting. I think people who do not suffer from chronic pain don’t understand this concept. One of the depressing things about fibromyalgia is that, with no definitive cause or treatment/cure, you realize that this is something that you are going to have to deal with for the rest of your life. That’s depressing.”

← Psychological Vs Paranormal
Ashes and The Dance of Life →