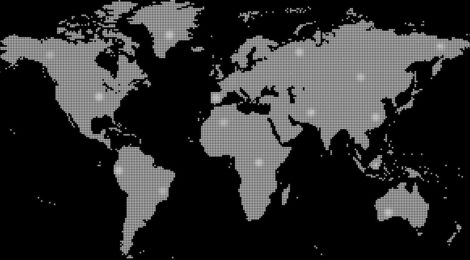 On December 31st, 2019, China alerted the World Health Organization (WHO) about a viral outbreak in the city of Wuhan. By January 30th, 2020, the WHO had declared the novel coronavirus (2019-nCoV) a global health emergency.

News outlets around the world have been reporting on the coronavirus by sharing live updates and real-time maps tracking the numbers of infections and deaths around the world. Additionally, experts have been racing to publish open-source articles and share important research. This flurry of negative news, online social media rumours and increasing government response have brought intensifying anxiety to the public psyche. In fact, anxiety and mass panic have spread quickly. The Trauma and Mental Health Report (TMHR) spoke with people in the community about their reactions to the coronavirus outbreak. Elisa (name changed for anonymity), a woman in her mid-forties, shared:

“At first I wasn’t worried about what was happening at all. I laughed at people who were anxious and dismissed them. I was not worried during the SARS outbreak. But within a week, all my friends and family were warning me; we all followed the daily headlines. It was keeping me up at night. Though we are halfway around the world from China, the anxiety felt about what happens there is an everyday experience here.”

Amelia (named changed), a retiree, cancelled her travel plans as a result of the virus:

“I had planned a two-week cruise around Asia three months ago. Then the outbreak happened and the virus started to spread around the world. My children were anxious about my safety on the return trip from Hong Kong. I eventually became anxious as well. All the countries I planned to visit had reported infected cases. I ended up cancelling my trip.”

As panic surrounding the coronavirus spread, people began to hoard N95 masks and surgical masks, hoping to protect themselves from the airborne transmission of the virus. John (name changed), a business manager in Hong Kong, explained:

“The panic to buy masks and hoard food was on.  Doctors and nurses are on strike, demanding the government close its borders with China. Everyone is on edge, morale at work was seriously affected. It felt like an impending doom was coming.”

“I became so anxious about the news; I couldn’t focus on studying for my test and went online to buy masks for my kids, worrying that they won’t keep it on in school.”

“I had nightmares about the coronavirus. I was already a little bit of a germophobe, now I am afraid to touch anything or to go out and see anyone.” As with previous viral outbreaks, a surge of racism, xenophobia and stigmatizing of Chinese people is also spreading. Time Magazine has called it “The Pandemic of Xenophobia and Scapegoating.” In an interview with CBS News, Priscilla Wald, a professor at Duke University who studies public narratives about disease and epidemics, explains:

“We get a headline like “global health crisis” and everybody everywhere panics, even though in most places, nobody has any reason to panic…Each time we’re in a situation like this we immediately go into panic mode, crisis mode, that has all kinds of problems including stigmatizing people [and] racism…[Seeing] photographs of somebody in a Hazmat suit or [people] wearing facemasks, it immediately triggers that panic response.”

Comments on Reddit exemplified the surge of negative comments against Chinese people. “You guys just eat snakes and bats; you deserve the virus.”

Kevin (name changed), described his experiences with racism on Reddit:

“I am Chinese, and because of the coronavirus, I have experienced an increase in racism.  Commuters cover their faces when sitting near me, even though I am healthy and not coughing or sneezing. My ethnicity has made me feel like I was part of a threatening and diseased mass.”

To combat mass panic and irrational behaviour, free online resources are available to help people manage their fears. Ali Mattu, a clinical psychologist who specializes in panic and anxiety disorders, posted a video on YouTube to help people cope with anxiety caused by the outbreak. In it, he suggests people limit media consumption, practice healthy habits, read credible sources for information and stick to their regular routine. As well, the University of California, Berkeley’s University Health Services has circulated instructions on how to manage fears and anxiety around coronavirus, including keeping things in perspective and being mindful of our assumptions about others.