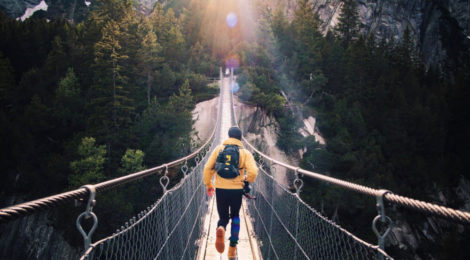 Jake Tyler has lived with depression his whole life. In April 2017, after contemplating ending his life, Tyler realized that he needed help. He recognized that he felt most happy when he was walking outdoors. Thus, Tyler started his journey towards a 3000-mile hike around Great Britain. His promotion of exercise as a way of managing mental illnesses and his journey as a whole have inspired many who were suffering from similar experiences. This experience led to his later participation in a documentary titled, Mind Over Marathon, to encourage the conversation around mental health. You can hear more of his story in his Ted Talk.