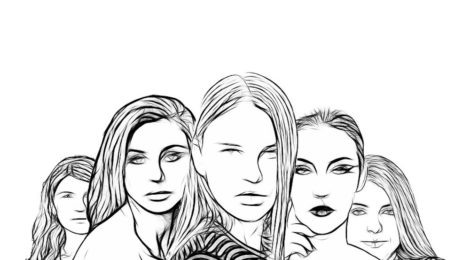 “In addition to healing our own mental health issues, being able to realize that we have a voice to create systemic change and ask it of institutions that are enabling violence in different spaces is empowering.”

Mental illness affects men and women differently in several ways. Depression, anxiety, and sexual violence affect women disproportionately, and some conditions may be expressed disparately and require distinct interventions based on gender. This divide is often as much due to social factors as biological. Women are influenced by different gender roles, which impacts mental health. Other factors like socioeconomic status, race, ethnicity, age, ability, sexual orientation, and gender all intersect to influence women’s mental health.

Mental health challenges faced by women are often unique to different phases of life. University-age women, adjusting to the demands of emerging adulthood, may be vulnerable to certain difficulties, including sexual assault, which can lead to mental health problems and impact the ability to succeed academically. Shalyn Isaacs, a graduate student in an Ontario counselling and psychotherapy program, founded the organization Women’s Mental Health Talks (WMHT) in June 2016 at York University in Canada. She realized that various systemic challenges that impact women’s mental health often go unaddressed in mental health services. This inspired her to create a safe space on campus where women could talk about their experiences of sexism, racism, violence, body image, depression and anxiety, and how these issues impact their lives in different ways.

In an interview with The Trauma and Mental Health Report, Laura Arseneault, current president of WMHT, explained how support groups can create healing:

“In these groups, we heal through vulnerability and intimacy. It’s enriching to see how so many can find a sense of commonality. Even if people haven’t gone through the same exact experience, the feeling is often understood; sadness is sadness, anger is anger. Being able to hear someone say, “I understand, I went through this and this is what worked for me”, the beauty is that you’re sharing it. Rather than giving advice, we use non-directive “I” statements so that you can take what you want from what the individual has to offer.”

Professional-led group therapy often yields similar results. Yet, not all campuses provide students with sufficient therapy programs, much less therapy that focuses on the specific issues faced by women on campus. Further, services on campus often have long waiting lists along with other limitations. But initiatives such as WMHT show that mental health services can be provided by a handful of motivated individuals without necessarily needing professional involvement.  And this leads to greater accessibility.

Besides providing support groups, WMHT focuses on uplifting all women. They are holding multiple fundraisers in 2020 to collect skincare and makeup products for Toronto’s Sistering drop-in centre for homeless women, and clothes for the Native Women’s Resource Centre of Toronto. They are also planning a seminar to empower women to take control of their finances and will be hosting a mental health and wellness panel with esteemed speakers from local businesses and government agencies.

A look at universities across Canada shows similar student-led groups offering mental health services for women, such as the University of Manitoba’s Womyn’s Centre and Ryerson University’s The Centre for Women and Trans People. These organizations often provide advocacy and resources, host discussions on feminist topics, and educate the community on women’s issues. Yet globally, peer support groups for women are still lacking, despite a need for such services. It is important to note that peer-run programs are not free of drawbacks. As Arseneault describes:

“The negative aspect of our support groups is that we’re just peers. We do our best to train the facilitators and for them to be as prepared as possible but at the end of the day, we’re not psychologists, and we can only implement therapeutic strategies to a degree.”

Above all, Isaacs would like people to think more critically about narratives regarding women’s mental health instead of attributing these issues to a feminine sensitivity or other stereotypes. She says:

“I’d like them to think more about the way different systems and institutions have historically and currently worked together to negatively influence women’s leadership and mental health. There’s a disproportionate number of women living in poverty, experiencing sexism and racism and these types of issues impact women’s mental health. Think more about the systems instead of just the simplistic, “women are having problems because they’re women.”

Within all of us, there’s the power to speak out about the issues we face and create change. For now, student-run organizations such as WMHT are providing women space to talk about their issues in a supportive environment – and sometimes, a little support is all you need.

← Living With Depression
Maud and Other Poems →
Tweets by @TraumaReport