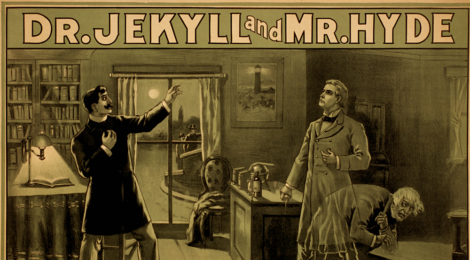 The Strange Case of Dr. Jekyll and Mr. Hyde

Written in 1886 by Robert Louis Stevenson, “The Strange Case of Dr. Jekyll and Mr. Hyde” has stood the test of time both as a highly acclaimed classic novella as well as a fascinating look at mental health in the modern era. This story of a man with two personas, one a calm and logical doctor, the other a raging violent monster, has informed our world in many ways. Popular culture is rife with Jekyll and Hyde references, from the multitude of stage and film adaptations to the inspiration for Stan Lee’s Incredible Hulk. Many different interpretations of the mental health issues in the novella exist, including ideas of sexual repression, drug addiction, anger management in relationships, and a variety of personality disorders. Because Jekyll and Hyde speaks so deeply about our feelings of loss of control, not recognizing ourselves, and fear of our own actions, it continues to be a relevant and poignant story more than a century after it was written.

“With every day, and from both sides of my intelligence, the moral and the intellectual, I thus drew steadily nearer to the truth, by whose partial discovery I have been doomed to such a dreadful shipwreck: that man is not truly one, but truly two.”

← Out of Bounds
A View of the Asylum →