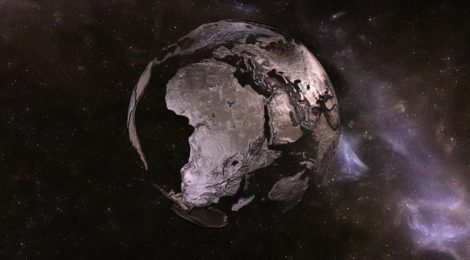 On March 11 2020, The World Health Organization (WHO) declared COVID-19 a pandemic. As the rate of infections and the death toll continue to rise, fear, racism, panic buying, and conspiracy theories have become increasingly common. Although conspiracy theories emerged as a cultural phenomenon in the 20th century, similar occurrences have been observed alongside past pandemics.

When outbreaks occur, people often find scapegoats to blame. Jews were shunned during the Bubonic Plague in the 1500s. During the 1918 Spanish flu, people feared it was being deliberately spread by Germans. The 2003 SARS outbreak was thought to have been made in a laboratory as a biological weapon. During the 2015 Zika pandemic, conspiracy theorists claimed the virus was bioengineered by the Monsanto corporation. Currently, 29% of Americans believe SARS-CoV-2, the virus that causes COVID-19, was deliberately made in a lab.

Daniel Jolley, a psychologist and conspiracy theory researcher, discussed with the Trauma and Mental Health Report (TMHR) why people turn to conspiracy theories in times of crisis:

“Conspiracy theories bloom in periods of uncertainty and threat, where we seek to make sense of a chaotic world. They often provide a simple answer to a complex problem, and blame a group of conspirators for a problem in society, which can make them very appealing. The “official” answer does not always meet this need, is usually more complex, and is often provided by the government, a group that some people do not find trustworthy. People would prefer to focus on explanations provided by the underdog.” Research shows that conspiracy theories satisfy unmet psychological needs and provide security of knowledge in a time of uncertainty. When increased anxiety and powerlessness are present, conspiracy theories provide answers to complex questions and help relieve these unpleasant feelings. Additionally, some research has linked belief in conspiracy theories to the need for uniqueness. In other words, people want to feel powerful and special; as though they are in possession of important information that other people don’t have.

Karen Douglas, a professor of social psychology at the University of Kent in the United Kingdom who researches conspiracy theories, spoke with the TMHR and explained:

“People are looking for knowledge in a time of great uncertainty, especially when information keeps unfolding rapidly. People are naturally confused. Conspiracy theories may therefore satisfy the need for accuracy and knowledge. They may also help people come to terms with existential threats as they can help them understand the threatening situation they are in. In addition, this might fulfil the social need to maintain a positive image of the self.” Conspiracy theories often have a significant negative impact on the people who believe them and those around them. They can increase feelings of mistrust and lead to disengagement from society including reduced intention to vaccinate, less engagement in climate science, and a higher likelihood to participate in low-level crime.

Everyone seeks information during a pandemic. But a pandemic can also lead to an infodemic.