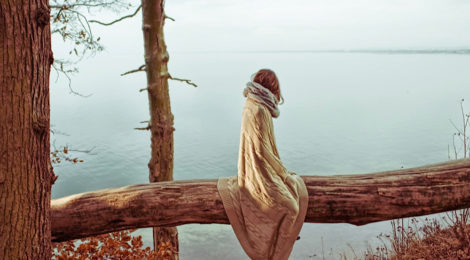 The Melancholy of John Keats

John Keats (1795- 1821), a notable English Romantic Poet, was a central figure in the second generation of Romantic poets. Keats had bouts of depression which he wrote about in his poem “Ode to Melancholy” where he aimed to cope with it. Melancholy was what people called depression during the 1800s. Rather than writing a dark poem about struggling with depression and how it feels to be depressed, Keats tells the reader how to combat depression by ingesting in the beauty in nature that surrounds all of us. Keats writing is inspiring and hopeful.

“But when the melancholy fit shall fall
Sudden from heaven like a weeping cloud,
That fosters the droop-headed flowers all,
And hides the green hill in an April shroud;
Then glut thy sorrow on a morning rose,
Or on the rainbow of the salt sand-wave,
Or on the wealth of globed peonies;
Or if thy mistress some rich anger shows,
Emprison her soft hand, and let her rave,
And feed deep, deep upon her peerless eyes.

She dwells with Beauty – Beauty that must die;
And Joy, whose hand is ever at his lips
Bidding adieu; and aching Pleasure nigh,
Turning to poison while the bee-mouth sips:
Ay, in the very temple of Delight
Veil’d Melancholy has her sovran shrine,
Though seen of none save him whose strenuous tongue
Can burst Joy’s grape against his palate fine;
His soul shalt taste the sadness of her might,
And be among her cloudy trophies hung”.