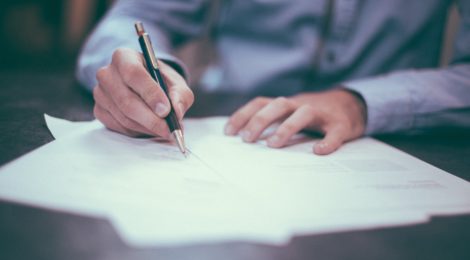 This condition is linked with higher depression rates and other mental health issues. It is estimated that 300-400 physicians commit suicide each year, with suicide rates in this group higher than in any other profession. A variety of factors, including long working hours, contribute to this epidemic, a more recently recognized concern is malpractice litigation.

Eliza (name changed to protect anonymity), a family physician trained in Canada and practicing in the United States, spoke with the Trauma and Mental Health Report (TMHR) about the unexpected challenges she faces in her career:

“Here in the US, I often spend more time writing notes about the appointment than the appointment itself. If I don’t, insurance companies won’t pay our bills. We work for hospitals  and other health practices that operate as corporations. They are always concerned about their bottom line, and this means that we have to carry the heavy burden associated with that. In Canada, if a patient has a concern in the middle of the night, they head to the Emergency Room. In the US they can call me at 3AM. It is a constant toll to be on the job 24-hours a day and it makes us consistently stressed and overworked, ultimately leading to burnout.” Eliza also commented on the fear of a malpractice lawsuit:

“I find a lot of my time is spent ordering extra and often unnecessary tests because we have have to be wary of lawsuits and protecting ourselves. The constant threat of being sued is something that definitely hangs over your head and interferes with not only your ability to practice your career, but your personal life as well.”

The term Medical Malpractice Stress Syndrome (MMSS) has been unofficially coined as a form of PTSD resulting from being sued or the threat of being sued. According to KevinMD, a blog platform for physicians:

“Following a lawsuit, physicians report feelings of isolation, negative self-image, anxiety, depression, self-doubt, anger, and inability to concentrate. Physical symptoms can include either the development of a new medical illness or the worsening of a pre-existing medical condition, such as hypertension, coronary artery disease, or diabetes.”

The American Medical Association reports that one in three physicians have had a medical malpractice lawsuit filed against them during their careers. Close to half of physicians 55 years and older report having been sued. And a report found that the physicians most likely to be sued are surgeons and obstetrician-gynecologists. This is unsurprising given that such specialties often deal with complicated and dangerous cases. This litigious culture is prevalent primarily in the United States. In other countries, such as Canada and Great Britian, suing physicians for malpractice is uncommon and difficult. Patients must prove that any injury or illness was caused directly by the physician. In the US, the bar to sue is lower. The Medscape Malpractice Report found that the top reasons for lawsuits include a failure to diagnose, delayed diagnosis, and treatment complications. Although 68% of lawsuits are eventually dropped or dismissed, these cases take time and incur financial and emotional costs.

Nick (name changed), a physical medicine and rehabilitation physician working in Michigan, told the TMHR that it can be discouraging for physicians entering the field:

“We dream of being able to help people. It is disheartening when you’re constantly on edge and fearful that your patients are going to sue you. It is hurtful when you are sued for trying to help your patie nt as best as you can. We are in a profession where we often see people who have gone too far and cannot be saved. Sometimes procedures are risky and don’t always work. It already takes an emotional toll when you lose patients. On top of that, to be blamed by the patient or the family makes it very difficult to work through these complicated feelings.”

There are some organizations and communities that help physicians who are dealing with burnout or MMSS. It is recommended that physicians remember their previous accomplishments and successes, schedule time for activities outside of the medical field, and reach out to colleagues and mental health professionals.