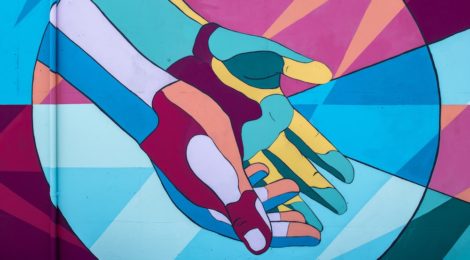 Catching up with Kevin Healey: Using Language to Reduce Stigma

In 2014, the Trauma and Mental Health Report met with Kevin Healey, a mental health advocate, to discuss his experiences with hearing voices from an early age.

Six years later we were able to catch-up with Healey for an update. When asked about his current relationship with his voices, Healey shared:

“People often think that their struggles are caused by their voices. If I am struggling, my voices will get on my back and get a bit louder until I pay attention to them and do something different. When it’s good, it’s great, its like a party in my head. When life is hard it gets really difficult. It is just a part of how I experience good times, bad times and everything in between. I do not always agree with my voices, and that is not what it is about, agree is not a word I use very much. I just listen to what the voices are telling me and I make my choice. Sometimes it’s right, and sometimes it’s wrong. It is challenging to ignore my voices, but it is challenging to ignore anything.”

Though it can be difficult at times to ignore his voices, he has found some coping strategies to help:“Mindfulness is very simple for me; it is about attention. My attention gets pulled all over the place and mindfulness helps me focus that attention.”

Healey is able to translate his personal experiences into helping others. Currently, he works at Inner City Family Health Team in Toronto Canada, as a Hearing Voices Support Worker. He described his work as ‘health promotion’, which he explains as:

“Enabling people to make choices about how to live their lives in the best way they can. It’s about providing resources and options. Additionally, it’s about treating health as a resource. It’s about helping people to realize they have more choices and more options available to them then they thought. Every single person I have known, or am getting to know, has had a life filled with pain, usually when they were very young. I just try to create a space where people feel safe to talk about it so they can begin to understand what they are feeling.” Healey also continues to run workshops through Recovery Network: Toronto for workers who support those who hear voices. Around 500 people have attended his “Accepting Voices” workshop, which Healey describes as:“a space where workers can talk about the difficulties of supporting those that hear voices and provide them with tools to better support these individuals.”

As an advocate for those who hear voices, Healey also focuses on the power of language and stigma. The current focus is on using respectful language, and, although there are conflicting ideas on what words we should use, and when, the common understanding is that words do matter. Language can be used to drive stigma, and adapting the way we speak about mental health, like using person-first language, can help reduce negative attitudes.

Based on his personal experiences, Healey takes this a step further:

“There are at least a million theories for why someone hears voices or even why people struggle, but it is really easy to understand that it is about how they have been treated. Stigma is a mark we put on each other. We put people in that place with a label so that we can justify whatever is done to them. Just the word diagnosis, which means setting apart from, only separates them from others. Once someone is given a diagnosis, the system is geared up to say this is what we need you to do, this is what we have for you and want you to do instead of asking the individual, or listening. When you put people into categories you don’t see the person, it gets operationalized. This category means this answer.” Instead, Healey believes that speaking about people in relation to the symptoms they are experiencing or their current struggles is more productive as it leads to more individualized treatment. When asked how we can reduce the stigma associated with mental illness Healey commented:

“Just treat them as a human being who is having a hard time. The first step is to stop categorizing people because when we do it, we are pretending we know what that person is struggling with. A lot of it is about protecting ourselves and pushing the individual away, which makes the world a very poor place. When we put other people in categories stigma happens. The only thing it creates is fear which starts a cycle.”

← Other People’s Problems
Father, I love you →