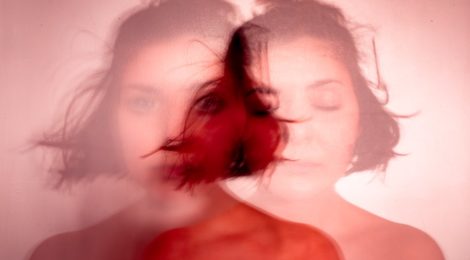 When the Pain of Endometriosis is Dismissed

Halsey, Olivia Culpo and Tia Mowry are well-known Hollywood celebrities who have more than just their star status in common. Each of these women have been diagnosed with endometriosis, an under-diagnosed condition which affects millions globally.

A chronic condition, in which tissue similar to the uterus lining grows outside of the uterus and causes an inflammatory reaction, endometriosis affects more than 176 million worldwide. But because symptoms are not always obvious to doctors, it often takes 7 to 9 years of reporting symptoms to receive a diagnosis.

“The Endo Nurse” (Instagram name used for anonymity) is a clinical nurse specialist, midwife and researcher who has been diagnosed with both endometriosis and a related condition, adenomyosis. She works to raise awareness through her social media platform. In an interview with the Trauma and Mental Health Report she shares how long it took for her condition to be diagnosed:

“It took 7 years from the onset of symptoms for me to get an endometriosis diagnosis. My adenomyosis was not diagnosed formally until I was 28 which was 17 years after the onset of symptoms. My symptoms included daily pelvic pain, debilitating period pain, digestive issues, food intolerances, migraines, sciatic pain, intra-menstrual bleeding, pain during sex and severe abdominal swelling.” “Healthcare gaslighting”, a term coined by Sasha Ottey, describes the experience of women being dismissed and/or misdiagnosed by doctors when reporting symptoms. Women’s medical concerns have too frequently been ignored or deemed to be “just in their head”. The Endo Nurse shares her experience:

“I had a traumatizing experience with a consultant who believed I was trying to get out of a university exam. I had an endometriosis diagnosis at the time and was there because I was unable to cope with the pain. I was put through a very humiliating and painful internal exam while this particular doctor was telling her fellow colleague that she did not believe I had pain at all. I felt extremely violated and humiliated.”

Women of colour are often subjected to greater mistreatment within the healthcare system due to compounding stereotypes about race and gender. In a recent study, Black women were found to be less likely to receive an endometriosis diagnosis than White women. As most research is conducted on White women, Black women’s experiences often go under-reported.

It is important to note that endometriosis is not gender specific. Many individuals who do not identify as women also face great barriers in navigating the healthcare system when disclosing their symptoms.

Fernanda Villanueva is a clinical social worker and therapist specializing in mental and reproductive health support. In an interview with the TMHR, she explains how spaces can be made to be supportive rather than dismissive:

“Listening is key. You have to give people the opportunity to share and actually create space to be able to listen. I am mindful of the energy that I give off to others.” Facing the symptoms of endometriosis and the complex experiences that go along with it can have an impact on mental health. Villanueva explains:

“For women to stay focused during the day, to go to work, to study, to take care of their kids, it affects them in so many ways. You can start feeling terrible, then think to yourself: ‘why can’t you just push through’ or ‘why can’t you just get it together’. Many women will also experience more anxiety because they fear getting their periods. It can be really destabilizing.”

Villanueva shares advice on how to self-advocate when struggling with reproductive concerns:

“Believe your truth and acknowledge that the symptoms you are feeling are not okay with you anymore. I think there is power in writing down what are experiencing, so when you do go see someone, you can tell them what you have written.”

← The Hollow Gods
Smaller Than This →