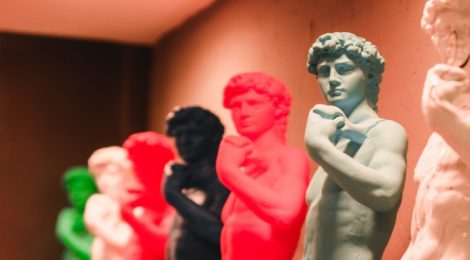 To even survive the completion of Michelangelo’s world-renown Sistine Chapel, pristinely painted 60 feet above ground level on the exceptionally high ceiling of a rather unstable Vatican building in the late 1400s, was nothing short of miraculous and borderline superhuman. Apparently, nobody wanted to paint the Sistine Chapel because of its construction defects, not to mention, the arduous task of having to paint the entire ceiling of the massive fortress in fresco, a rather difficult technique that even Michelangelo had little experience with. On top of this, he was a sculptor and not a painter (proudly) as he would often clarify. That said, however, despite being angry about having to put his sculptures on hold as commissioned by Pope Julius II ‘to paint’, he reluctantly accepted the job, but nonetheless still managed to produce what many consider to be one of the greatest all-time masterpieces of Italian Renaissance artistry. That said, however, he was apparently miserable the entire time. Being strong-armed by Pope Julius II certainly didn’t help matters either. Some may argue that this was just Michelangelo’s usual ‘difficult’ personality. Getting along with others and forming relationships was far from his forte. He was considered somewhat of a ‘loner’ because of his uncomfortable interaction with most people and this did not go unnoticed. Michelangelo did not even attend his brother Leonardo’s funeral. The reason he gave to his brother was, “anything can happen to shatter my world.” This further exemplified his limited ability in connecting emotionally not only with family, but friends as well, and the Pope was certainly no exception either. Social graces remained problematic for the perpetually unsettled artist, whereby his depression and anxiety likely only further exacerbated matters.

According to the Journal of Medical Biography in 2004,  the tortured artist’s unwavering laser focus often “preoccupied with his own reality,” may have been the result of Asperger’s syndrome, similar to that of Elon Musk who revealed his condition during his opening monologue on SNL. Apparently Michelangelo’s male family members also displayed similar symptoms, as well as the same deep fascination with numbers and calculations that also align with autism spectrum disorder (ASD).

Michelangelo’s attention to detail was second to none, and it appears to have been somehow optimized by his Asperger’s syndrome. According to the prolific artist “true work of art is but a shadow of the divine perfection,” and points out how “genius is eternal patience.” He also professes “If people knew how hard I worked to get my mastery, it wouldn’t seem so wonderful at all.” One can’t help but wonder if Michelangelo even realized that his constant need for perfection to the point of compulsion, likely often felt like a curse, but oddly turned out to be quite literally a true gift of biblical proportions.