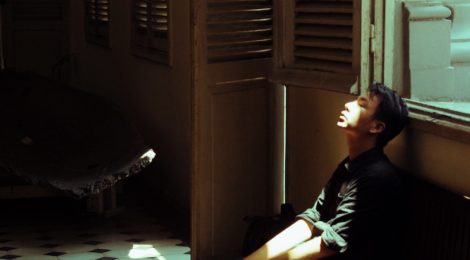 Trauma from Back Home has Long-Lasting Effects on Migrants

“After witnessing his father and his uncle being murdered by the military, he fled his country at age of 19 and went through nine countries, often on foot. He knew he was going to be next.”

Domine Rutayisire, a clinical social worker at the Canadian Centre for Victims of Torture (CCVT), recounts a heart-wrenching story about a client’s migration process.

Rutayisire works as a mental health counsellor at the CCVT, offering support to survivors of war, torture, genocide, crimes against humanity, or other human rights violations. In her experience, clients have often gone through a variety of trauma, such as gender violence or political persecution:

“Of the people who come to see us, more than 25% are at risk for post-traumatic stress disorder.”

From dealing with complicated paperwork to saying goodbye to loved ones, migration is an emotionally exhausting process, wrought with difficulty. Migrants face challenges such as acclimatizing themselves to a different cultural context, learning a new language, struggling with alienation, and wrestling with feelings of remorse or guilt for leaving their home country, among others. Amid these struggles, pre-migration trauma is another barrier which interrupts the process of adjusting to a new location. As an emotional response to shocking or traumatic experiences that occur before migrating, it is rarely spoken about, and may further complicate the ability to adapt to a new country and context during settlement. Rutayisire elaborates:

“Migrants have trauma from their countries of origin, and trauma that happens during the migration before they come to Canada. Many of those refugees may have been exploited or abused.”

In the rush to become so-called “productive members” of society, new migrants often diminish or set aside their emotional response to the stressors they have encountered in their journey in their attempts to begin a new clean chapter in life. However, pre-migration trauma can precede mental health issues and illness:

“You know that they are somewhat broken. There is healing that needs to take place.”

The CCVT welcomes people from a variety of cultural backgrounds and countries of origin. Rutayisire says that, at present, more than 60% of the client population come from non-European countries, and identify as BIPOC: Black, Indigenous, and people of colour.

It can be more challenging for BIPOC folks to seek support for mental health because of the stigma that remains, and because they resist associating with the existing stigma. Some cultures do not see the importance of asking for support, and some do not even recognize mental health as a concept, which itself is often modelled after Western ideas of mental health wellness and illness. As a result, Rutayisire emphasizes that is important to create spaces where BIPOC folks feel comfortable and safe sharing their stories.

Discrimination and racism may worsen the effects of pre-migration trauma, especially in the absence of early intervention. Struggling to properly speak the country’s official language(s) or having a different skin tone may be perceive as an excuse to reject a migrant. For example, Rutayisire explains how one of her clients was prevented access to housing on the basis of their evident accent:

“Everything was OK: my client’s friend called for them and the landlord set up an appointment. Then, the client gets there, and the landlord says, ‘I’m sorry, the house is taken.’ The unit was available, so between yesterday and today, what happened? How come the unit is no longer available?” Becoming a permanent resident or citizen does not free BIPOC folks from the challenges they will face on a daily basis, as well as the frustrations they must endure, which hinder the process of settlement:

“They will have to deal with a lot of mental health issues, [otherwise] they are very much at risk of falling through the cracks.”

It is important to reduce stigma and encourage new immigrant BIPOC folks to seek support when needed. With early intervention and continued support, there emerges successful stories that bring hope. Rutayisire shares about the client mentioned earlier who has now settled into the country after fleeing violence in his country of origin:

“I’m here to report that he is now working full time in information technology, so he’s in it. He’s a success story.”