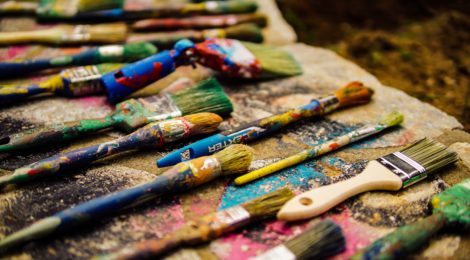 Prior to his prestige and success in the art world, Lawrence encountered struggles with anxiety that led him to undertake a voluntary stay at a psychiatric ward. During his time at the hospital, he went on to create several artworks, including the one presented, guided by an art therapist.